ADT offers a wide range of sensors — here’s everything you need to know to protect your home with ADT. 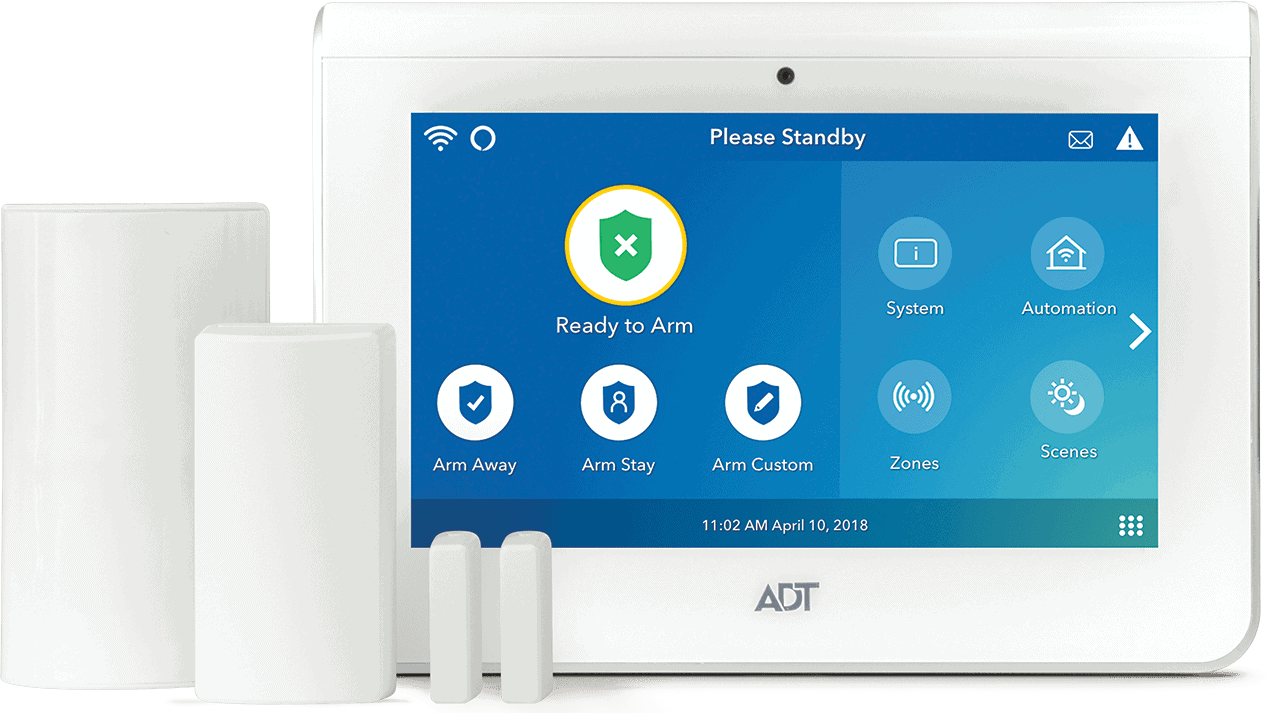 ADT has been innovating home security systems for over a century, and while its offerings evolved tremendously throughout the years, one thing remained the same: its reliance on sensors. For over 50 years now, ADT’s security systems have utilized sensors to protect their customers’ homes from burglaries and intrusions. So we thought, why not feature these sensors and explain what they do and why they’re important? That’s precisely what we’re doing in this review.

Also called door/window sensors, these affix to your entry points with peel-and-stick adhesives. When the alarm is set and your door opens, the alarm sounds and the burglar high-tails it out of there (that’s the hope anyhow). Keep in mind that ADT requires professional installation, so a technician will outfit your home with these sensors, meaning you don’t have to lift a finger. But… you’ll also be paying between $99-$199 for the service.

With that said, once your system is up-and-running, you should have app-based smartphone controls if you chose the ‘Smart’ or ‘Complete’ tiers of service (the ADT app isn’t included in their basic ‘Secure’ plan). Armed with the mobile app, you can totally customize your individual sensors and set up notifications to suit your needs. Note that many cheaper DIY home security brands don’t offer this functionality. We snapped the pic below to show you what the sensor settings looks like in the app.

FYI: If you want to dig deeper into ADT’s features and tech, we wrote an in-depth review of ADT home security systems.

One last thing worth mentioning about ADT’s Door/Window sensors is that you can connect them directly into your home automation system. The ADT Pulse system uses Z-Wave technology, so your ADT sensors will communicate with the smart hub. If you’re not a smart home enthusiast, here’s what we mean: you can, for instance, set your cameras to record, lights to turn on, and garage door to automatically close when a sensor is tripped. Pretty neat!

ADT also offers recessed door sensors, which we highly recommend if you own your home. These sensors embed into your door frame, making them virtually invisible when the door is closed. Remember how we mentioned the “groundbreaking” feature… this is it. We love it, and you simply won’t see it offered by 95% of the companies out there. 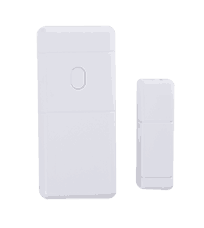 Like all home security companies, ADT also sells motion sensors. These are mounted inside your home, and like the name implies, they detect motion from moving objects. If you’re a pet owner, you can set your ADT motion sensor to be less sensitive depending on the size of your dog or cat. After all, the last thing you want is a barrage of false alarms when you’re away at work (that’s not a burglar, that’s Bruiser!). Just like the entry sensors, you can also set your motion sensor to automatically turn on your smart lights when it detects movement. This alone will likely give an intruder a good startle.

Unlike ADT’s door/window sensors, we actually like their motion sensor design. It’s fairly discrete, and when mounted in a corner, the white sensor blends in pretty well. The ADT motion sensor certainly gets the job done, but it’s nothing we haven’t seen before.

Did You Know: The motion sensor sold by ADT can cover a room as large as 35’ by 40’. Depending on your ADT service tier and equipment, you can also set up a number of helpful motion-activated smart home automations. To dig deeper, check out our guide to ADT home automations.

If you opt for ADT’s glass break sensors, these neat little devices will sound your alarm if a burglar tries to force entry by smashing a window. With a tiny built-in microphone, a glass break sensor can detect the high-pitch frequency of shattering glass. Your alarm will sound, and you’ll get one of those instant notifications we’ve been talking about. You just might sleep a little easier at night.

While we like the added layer of protection that ADT’s glass break sensors offer, they also have their limitations. For instance, if you accidentally break a wine glass at your next dinner party, the sensor might mistake it for a security breach, and the next thing you know your siren is blaring and the good vibes are gone (talk about a party foul). Just something to think about! Keep in mind that glass break sensors can hear a widow breaking from up to 25 ft away.

ADT offers a number of environmental hazard sensors backed by their award-winning 24/7 professional monitoring. You can get smart smoke detectors that you can check on via ADT’s mobile app, along with other devices like water/flood sensors and carbon monoxide (CO) sensors. Thankfully, other than buying the individual sensors, you don’t really have to pay to play, as ADT’s plans all come with environmental monitoring. We’re used to seeing only upper-tier plans offer this kind of peace of mind, so kudos to ADT here. 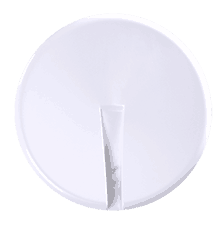 Pro Tip: Place ADT’s wireless water/flood sensors behind your washing machine and under your kitchen sink. At the first sign of a water leak, you’ll get an instant mobile alert and the monitoring center will receive the signal. From what we’ve seen, most home security companies offer environmental monitoring. And it’s well worth the initial investment to keep the floodgates from opening.

If you’ve ever accidentally left your garage door open overnight (oops), then you know just how handy ADT’s garage sensors truly are. You can set your system to automatically close your garage door after sunset. And if you’re away for the day wondering whether or not you closed your garage, you can always pop into the mobile app to find out. If it’s open, a simple flick of the thumb and the ADT app will close it remotely.

For some people, this extra protection might seem overkill. But it’s important to remember that an open garage door is like a juicy cut of prime rib to burglars and thieves. It makes their mouth water… and nobody wants that. Not in our neighborhood anyway.

The price you pay for ADT sensors will totally depend on where you purchase them. For instance, if you buy through ADT directly, you’ll most likely pay full price (we’ve seen $100+ price tags on entry sensors). But you might catch a deal if you go with an ADT authorized dealer.

Did You Know: Considering their lengthy contract terms and professional installation, ADT is best suited for homeowners who don’t see a big move coming within the next two or three years. But should you decide to relocate while under contract with ADT, moving with ADT is made easier by their discounts for moving customers.

For more advanced sensors — like their smart smoke detector — expect to pay around $60. And the ADT Pulse Garage Door Controller will likely run you $80+ depending on where you shop. But again, although these products are made by the likes of GE and Honeywell, the prices are surprisingly affordable. The equipment isn’t as cheap as SimpliSafe and similar DIY home security systems; but this is ADT we’re talking about, a tried-and-true home security company that’s been around since Ulysses S. Grant sat in the Oval Office. In other words, your home is in good hands with ADT.

To learn more about their equipment cost and service plans, we highly recommend reading our ADT cost and pricing guide. It’s where we get into the nitty-gritty, brass tacks of owning ADT.

As you can see, ADT offers a whole suite of sensors for its users. From door/window sensors, motion sensors, and glass break sensors, to environmental sensors and garage door controllers — ADT definitely has what it takes to secure your home. While it’s not the cheapest option for total home protection, we think it’s worth it to have ADT’s 24/7 professional monitoring in your corner.

Similar to other security systems we’ve tested, you’ll be able to customize your ADT sensors in the Pulse mobile app. But remember, unlike the other guys, ADT offers those innovative recessed door sensors that we raved about.

All things considered, if you want to send criminals running for the hills, then we think ADT is one of your best options available… with two caveats… you’re an established homeowner and you don’t mind signing ADT’s contract. If that’s you, you can’t go wrong here.

To explore other popular systems we’ve used, check out our complete guide to the best home security systems on the market today.