A comprehensive approach to identity theft prevention for a reasonable price

Let’s say you want to protect your home from burglars. Do you just lock your front door, shrug your shoulders, and mutter “good enough” to yourself?

Of course not. You lock all points of entry. You make sure your windows are secure. Maybe you invest in a home security system and some security cameras.

Why would you approach identity theft protection any differently? 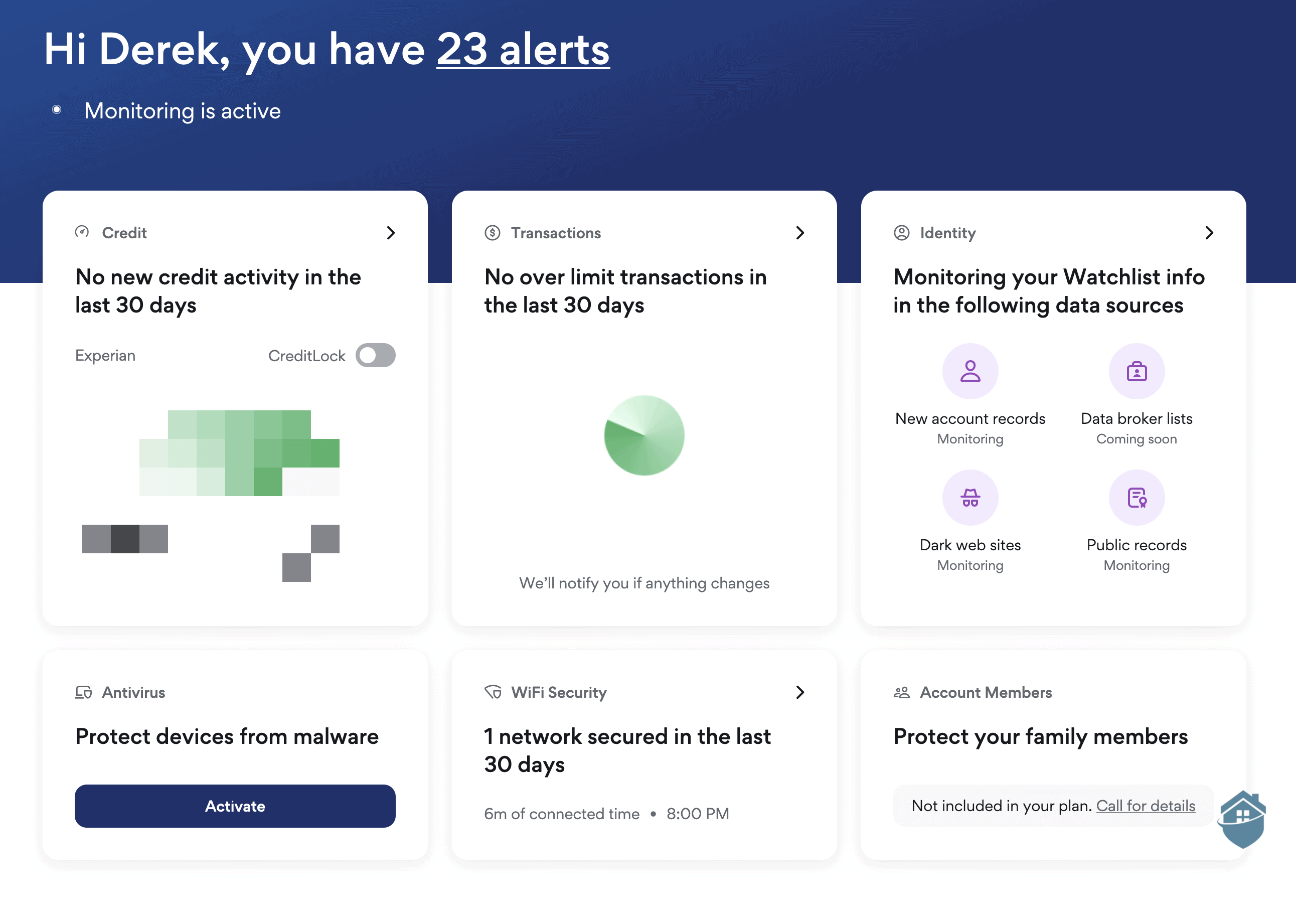 That’s why we really like Aura. They take a comprehensive approach to identity theft prevention by providing customers with the old standbys of the industry like triple-bureau credit monitoring and multi-factor identity alerts. But they add on some unique digital protections as well, including malware protection and access to a virtual private network.

This 360-degree posture helps Aura protect consumers from a more diverse range of threats; plus, the price is pretty reasonable, to boot.

Before we get into that, though, let’s take a look at some of Aura’s best features.

If that short list has you interested, definitely head over to our Aura review to get a more complete view of what they offer and how they function on the day to day. If you first want to get an idea of how much all this is going to cost, though, keep reading.

Aura’s Pricing At a Glance

In the most basic terms, Aura offers two types of plans, each with three tiers of service. Family plans and individual plans are each divided into “Basic,” “Total,” and “Ultimate” levels of protection. How much you’ll end up paying for whichever plan you choose depends on if you sign up for month-to-month service or an annual subscription — the latter will end up saving you pretty significantly. Here’s how it all breaks down:

Note that if you purchase an annual plan, you’ll have to pay the full price upfront. That means if you want an Ultimate individual plan for the year, you’ll plunk down $360 plus tax at the register. Even though it’s more to start, you’re going to end up saving a pretty significant chunk of change in the long run.

Now, what are you going to get for that price? Glad you asked. Here’s a quick breakdown of the features.

So which Aura plan is the best? Depends on what you’re looking for. Let’s break them down.

When Aura says basic, they mean basic. This is about as bare-bones as you can get. Essentially, all you’re purchasing is their malware software, their virtual private network access, and account monitoring. No bells, no whistles, no credit monitoring, even.

Pro Tip: There are three credit monitoring bureaus: Experian, Equifax, and TransUnion. It’s a good idea to get an identity theft prevention service that monitors all three because the information that appears in one might not show up in the others.

Now, we’re not here to dissuade you. If you think this is the right plan for you, by all means, try it out. And at around $10 per month, it’s affordable. That said, it does leave much to be desired. One of the main reasons Aura is so interesting is its comprehensive approach to identity theft protection, and if you go with the basic plan, you’re going to be missing out on some functionality that we consider critical.

We recommend stepping it up a bit.

Now we’re getting into comprehensive protection territory. For about $10 more per month, you’ll have access to everything you get in the basic plan, plus credit monitoring and the credit lock functionality — two items we’d say are crucial for any self-respecting identity theft protection service.

FYI: Credit locks prevent fraudsters from opening up new lines of credit in your name or taking out unauthorized loans by making your credit file inaccessible to lenders. We recommend always having at least one file locked unless you’re opening up a new credit card, shopping for a mortgage, or buying a car.

Still, Aura has a lot more to offer.

If you’re looking for total coverage, go with the ultimate plan. This is where you’ll get everything the service has to offer, including annual credit reports, home title monitoring, public records surveillance, and restorative services should your identity become compromised.

At $40 a month for an individual, month-to-month plan, it’s a little steep. (For comparison, Identity Guard’s Ultra plan is about half of that.) But keep in mind that you’re also getting access to a VPN as well as malware protection. If you purchased all of these services piecemeal, you’d be paying far more. 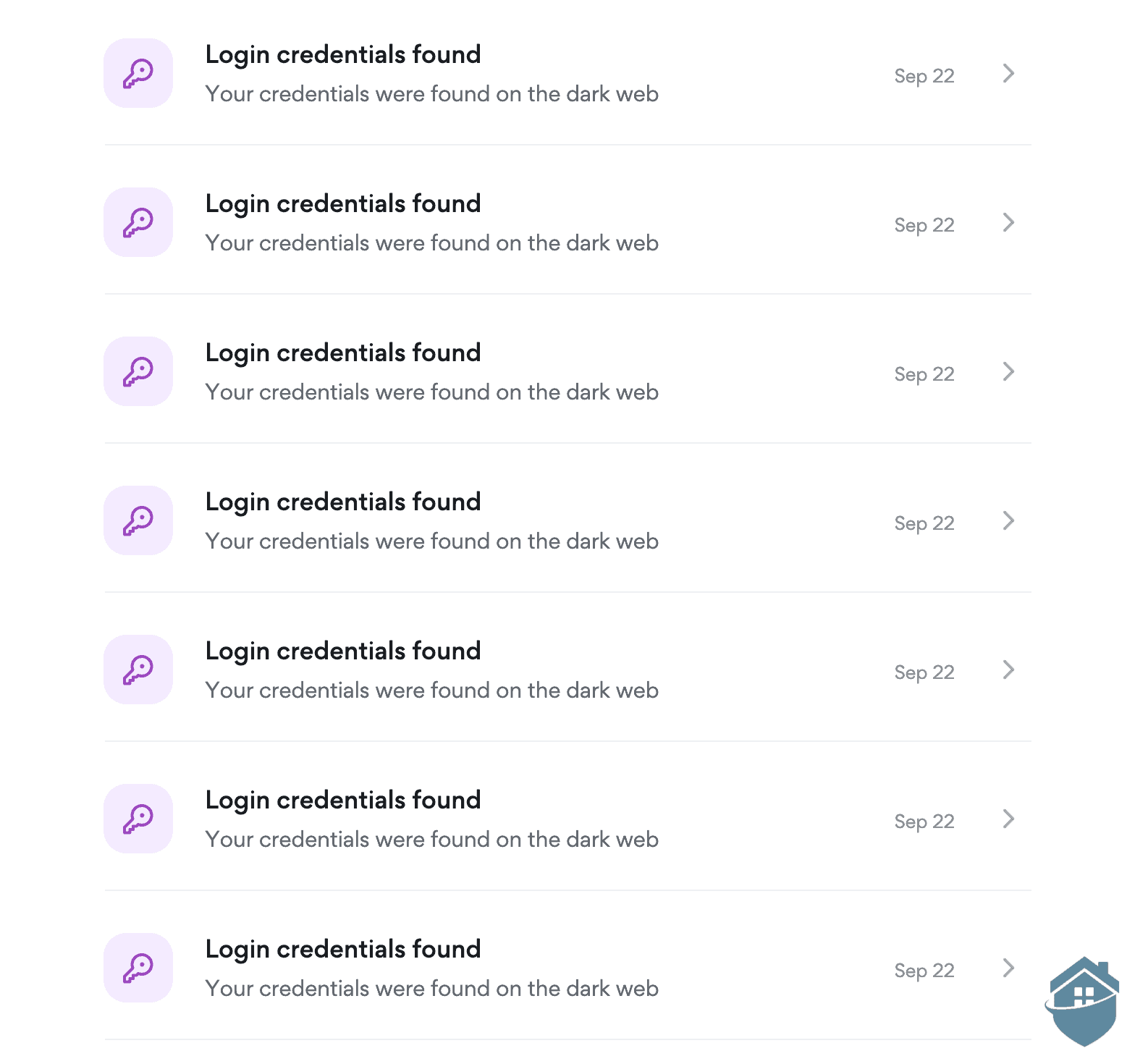 Now that you’ve got a clear snapshot of each of Aura’s plans, what they offer, and how much they’ll cost, let’s briefly discuss their family plans.

Aura for the Whole Family

If you’re looking to protect the whole clan, Aura is a great choice. Their family plans don’t cost a whole lot more than their individual plans, and they cover up to 10 people. Yes, 10. That’s a we-have-a-show-on-TLC-sized families there. And that’s good news, too. Children are at much higher risk of identity theft than adults, mainly because there are fewer protections in place for them and the crime is less likely to be identified quickly. Think about it — would you know if your toddler had a credit card taken out in their name?

Pro Tip: If you’re looking to protect your kids, check out our list of the best identity theft protection services for children.

So there you have it. That’s Aura’s pricing, plans, and features in a nutshell. Before we wrap up though, we’ll leave you with one concluding thought.

Aura hasn’t been around for too long, but they’re already making waves in the industry with their unique approach to identity theft protection. They’re a service that understands identity theft is an ever-changing threat, and that complete protection requires a multifaceted approach.

FYI: Not convinced Aura is right for you? Not to worry because we’ve compiled a list of the 10 best identity theft protection services of the year. There you’ll find something for every need and every budget.

This is a little less concrete, but we also love the way Aura is designed. It’s minimalist, sleek, and functional. A lot of the identity theft services we’ve reviewed in the past feel a little outdated, but Aura has a distinctly modern … well… aura about them. There’s something to be said for prioritizing design, and Aura really nails it.

That said, Aura isn’t just a sleek veneer. Their core protections and functions are rock-solid, and we feel comfortable recommending their protection to anyone. While they might be a little more expensive than their counterparts, we think the extra cost is well worth it.

Will Aura protect me from hackers?

Hacking is a broad term and can refer to any number of threatening activities, but Aura can prevent you from falling victim to many of these threats by providing you with malware protection and a virtual private network.

Does Aura monitor the dark web?

Yes, Aura keeps an eye on dark web marketplaces and forums for your personally identifying information and log-in credentials.

Yes, Aura looks for suspicious changes in your credit files at Equifax, Experian, and TransUnion.

Aura is one of the more expensive identity theft protection solutions on the market, but they are the only one we’ve found that also couples malware protection and a virtual private network.

Is Aura worth it?

While they are a little pricey, we think Aura’s bonus cybersecurity features make them well worth the cost.