When Were Security Cameras Invented?

Security cameras have been around for about a century, and their evolution has been an interesting one to track.

Most of us have always lived with security cameras watching over us at retail shops and public spaces, but in the grand scheme of things, these devices are still relatively new. Only about a century old, security cameras have grown from clunky pieces of technology to the lean, sleek, smart designs we know today.

But let’s hop in the time machine and head all the way back to when a moving picture was a novel idea.

The idea of motion pictures has been around for quite some time and predates the security camera by around 50 years. Eadweard Muybridge was the first to develop a motion picture camera, called the zoopraxiscope, in 1873, but it wasn’t until 1893 that the first public demonstration of a motion picture was achieved. By the early 1910s, the motion picture industry was born.

Which sets the stage for the creation of the first surveillance cameras.

It makes sense that surveillance equipment developed where and when there was a need for such activity. The first documented use case of a surveillance camera dates back to the Stalin regime in Russia. There, a scientist named Léon Theremin invented a wireless system that could connect a video camera and a monitor, and the first security camera was born. His invention was first used to watch visitors coming through the Kremlin, but the system’s popularity began to grow.

Pro Tip: If you’re interested in protecting your home like Stalin was protecting the Kremlin, check out our review of Lorex security cameras. They’re powerful, reliable, and highly customizable. 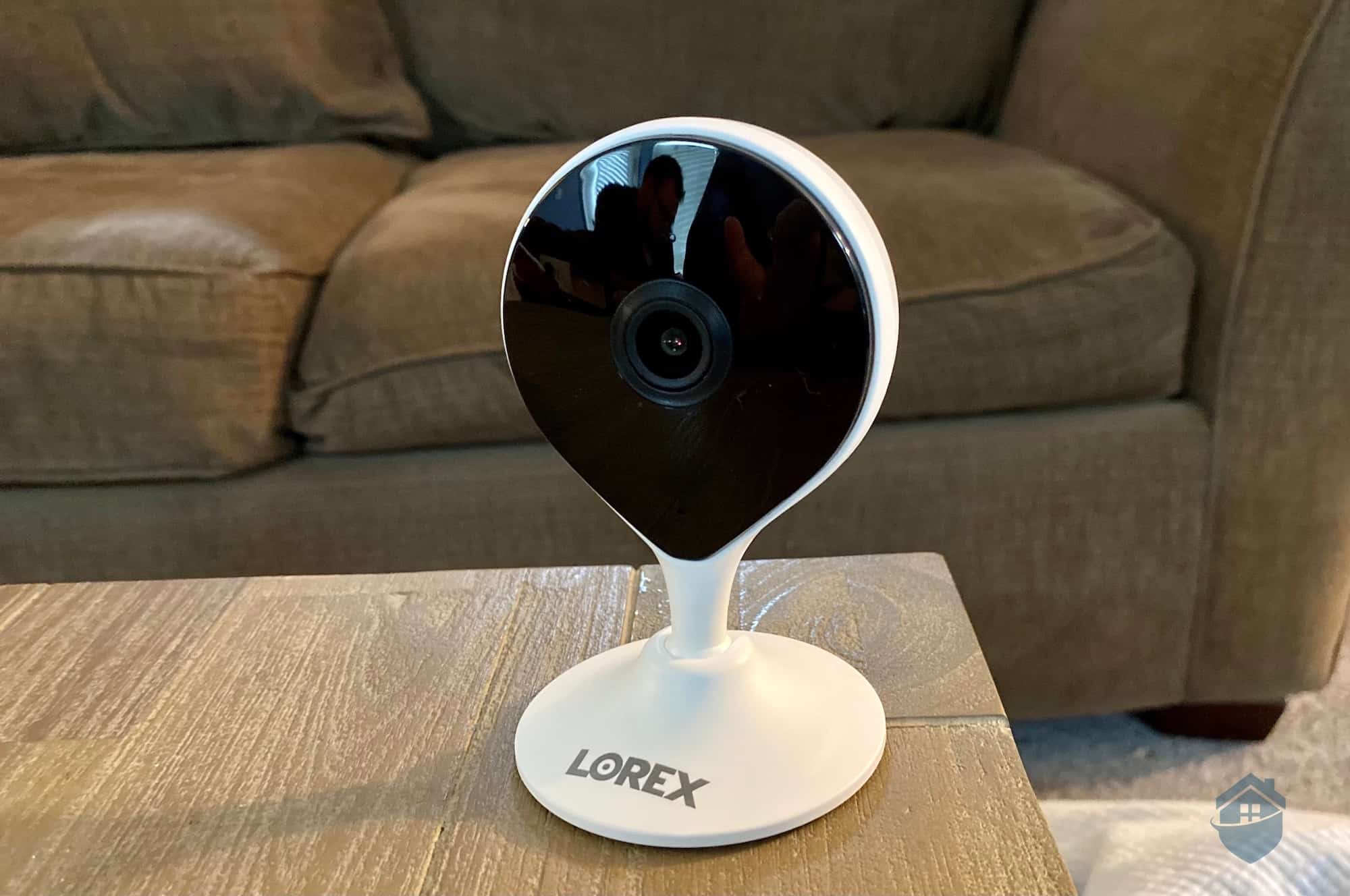 Other totalitarian countries caught on, too. About 15 years after the Soviets created their system, the Nazis constructed one of their own. This system, designed by German engineer Walter Bruch, helped scientists observe the launches of V-2 rockets from the airfields at Peenemunde.

Not the most prestigious start for security cameras, but it does get better from here.

These rudimentary systems in Germany and Russia were a pretty far way off from what we’d consider a modern security camera system. The resolution was sub-par, and there was no capacity for recording, meaning they had to be constantly monitored. However, one American company, Vericon, saw opportunities with this new technology and began to manufacture them for industrial and commercial use.

These systems also lacked the ability to record, but two years later, in 1951, the videotape recorder was invented. Using reel-to-reel magnetic tape, the VTR was able to record a live image and play it back — space-age stuff at the time. This massive piece of equipment debuted for public use in 1956, and cost $50,000 — or about half a million in today’s currency.

Pro Tip: If you’re trying to outfit your property with security cameras but also don’t want to spend half a million dollars, check out our review of Wyze. They’re our favorite affordable security cameras. 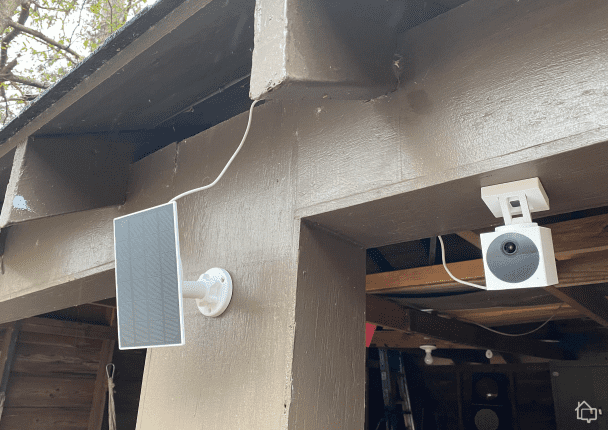 The Wyze Outdoor Cam v2 outfitted with a solar panel.

This was obviously out of reach for most consumers. That means the security industry exclusively evolved around large corporations and governments that could afford the equipment and had specific needs. However, as we know, technology tends to get smaller, faster, and more affordable. And that’s exactly what happened here.

In 1968, Olean, N.Y. became the first community in the U.S. to install a security camera on its main street. The feed was broadcast directly to the local police station; however, these systems still required constant monitoring or a VTR to be effective.

Until the videocassette came along.

What really changed the game for security cameras was the invention of videocassettes. Smaller and cheaper than traditional VTR reels, these plastic-enclosed recording tapes could be swapped out quickly and reviewed immediately.

The immediate effect was a mainstreaming of video surveillance. No longer was it only for massive corporations and governments with deep pockets — everyday people could incorporate these pieces of equipment into their home security system.

Which brings us to the modern home security camera. Not modern as in 2023 modern, but modern nonetheless.

The first integrated security system for home use was developed by Marie Van Brittan Brown, also in 1969. The system used four peepholes, a sliding surveillance camera, a monitor, and two-way audio functionality — features we see in many modern security cameras of the day.

FYI: Four days after Brown’s patent was granted, The New York Times ran an article on the invention. Brown went on to be cited in at least 32 patent applications, and she was eventually recognized with an award from the National Scientists Committee.

This application of increasingly sophisticated CCTV networks and VCRs helped bring security cameras to average consumers who saw their value as crime deterrents. However, the cameras themselves were still bulky and unsightly. Tapes needed to be switched and archived, and technicians still had to watch for suspicious behaviors.

That was set to change, though, using a bunch of ones and zeros.

Just like the invention of the VCR, the advent of digital video recording was a massive game changer for security cameras. Kodak was the first to introduce digital cameras back in 1987, and digital video compression was developed in 1993. Apple also dipped its toes in digital imaging in 1994 with the QuickTake 100.

Digital video has a lot of benefits over its analog neighbor. For one, the video quality does not degrade over time, nor does it take up as much space to archive. The cameras can be smaller, and they can record for months at a time before running out of space. The development of digital multiplexers in the mid-90s let a single DVR capture and save footage from multiple cameras, allowing the modern networks we’re familiar with today. 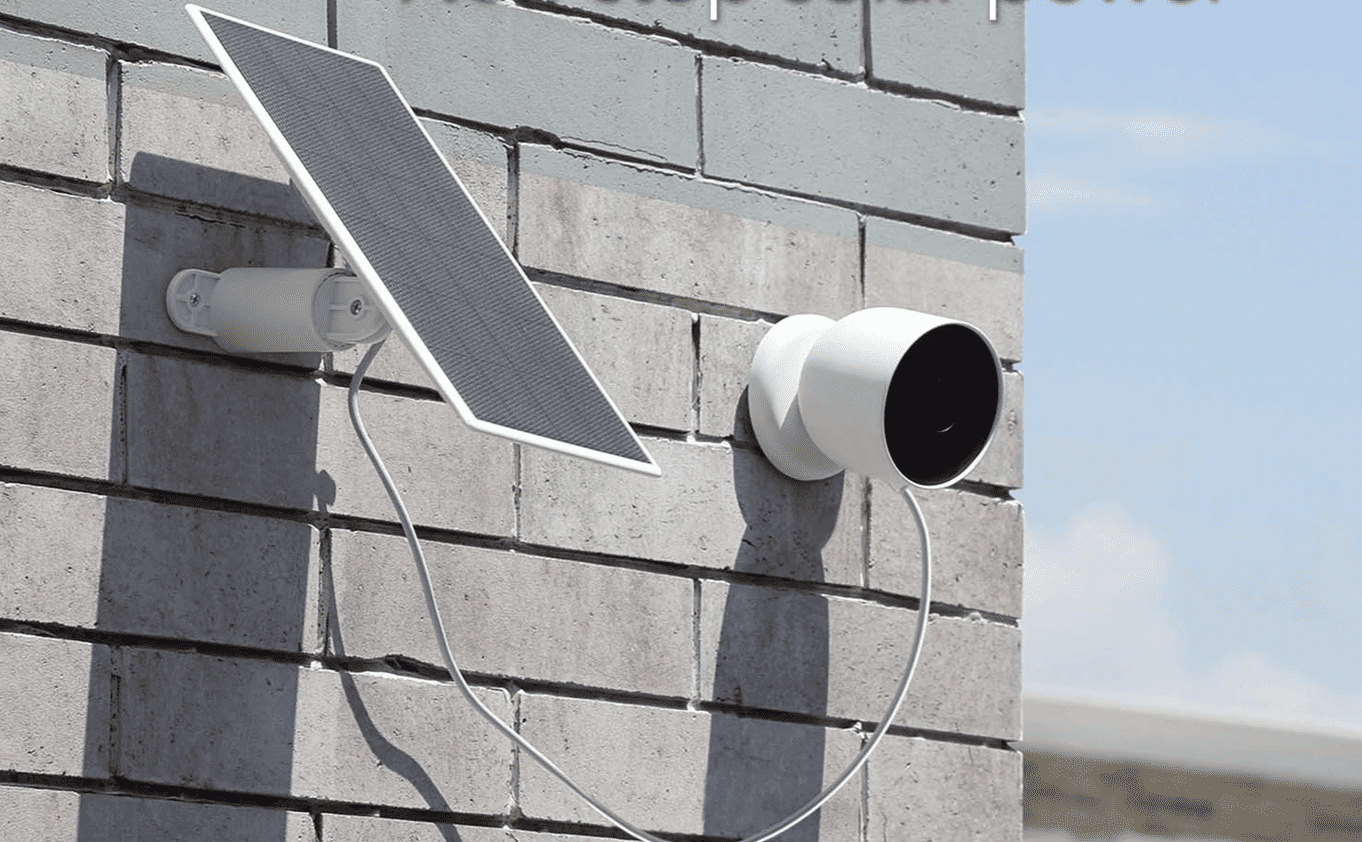 FYI: If you’re looking for high-tech features, check out our review of Google Nest. They’re among the most technologically advanced cameras on the market today.

But we’re not done yet. The first IP camera — the Axis NetEye 200 — hit the shelves in 1996. Since it ran using internet protocol, it removed the need for a closed-circuit system, and instead transmitted footage wirelessly over a computer network. This was the foundation of the modern Wi-Fi cameras that lots of us probably have in our homes.

Which brings us to today.

The Present and Future of Security Cameras

Today’s security cameras are almost indistinguishable from their century-old predecessors. Consumers now have access to extremely high video resolutions, smart notifications, color night vision, two-way audio, and a host of other features to help protect their families and their belongings.

The cameras of today are simple to set up and just as easy to use. Footage can be streamed from pretty much anywhere in the world using a smartphone. And they can even integrate into a smart home, allowing for all types of automations. 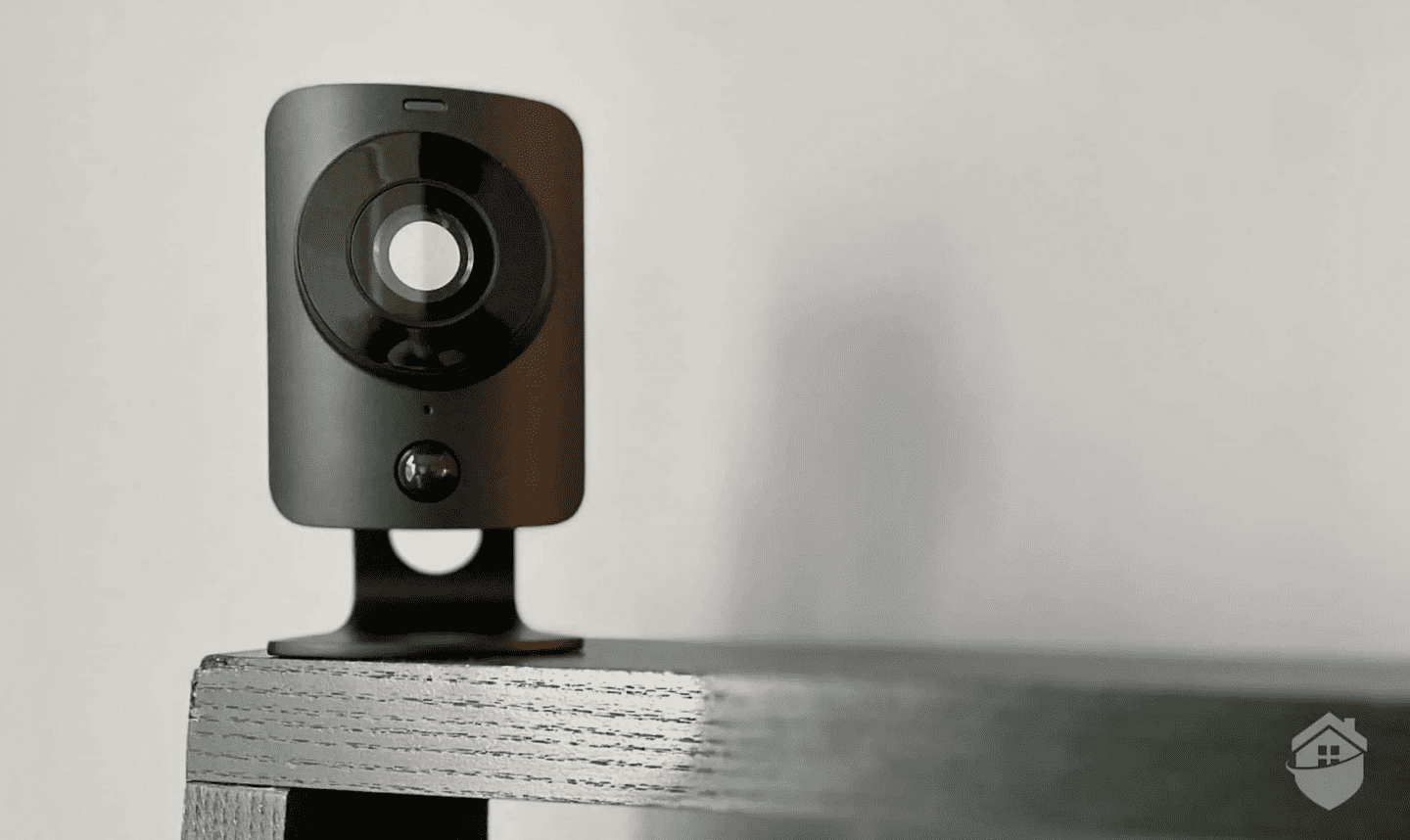 Interested in setting up some cameras for yourself? A great place to start is our roundup of this year’s best security cameras. There you’ll find something for just about every need and every budget.