Vivint is one of the best home security systems on the market today. Here is a look at three alternatives to Vivint and how they stack up.

How We Review
*Providing accurate information is our top priority and we make significant efforts to do so on our site. However, the companies covered on our site may occasionally change their packages, offerings and pricing and there may be a delay in us making those changes. If you notice any outdated or inaccurate information, please do let us know.
Rob Gabriele https://www.safehome.org/author/rob-gabriele/ https://www.safehome.org/author/rob-gabriele/

A home security system should never be decided on too quickly. There are so many factors to consider (price, size, features, etc.) when shopping around for the perfect fit that you’re probably exasperated just thinking about it. Well, sit back and try to relax because we’ve done the heavy lifting for you!

Vivint is a leading home security company offering some of the best systems out there (see why it’s one of our favorites in our Vivint review). There are, however, a few alternatives that should be considered if Vivint tops your list. In this guide, we’re going to cover three home security systems that are comparable in quality to Vivint that deserve a closer look.

Vivint is a top-of-the-line security company with some great features that really make them stand out among competitors. Their systems are exceptionally user-friendly and can be controlled and monitored directly with your smartphone. But, with all that said, we really like variety and decided to personally try out some Vivint rivals to see how they match up. The top Vivint alternatives we chose to test are SimpliSafe, ADT, and Frontpoint. 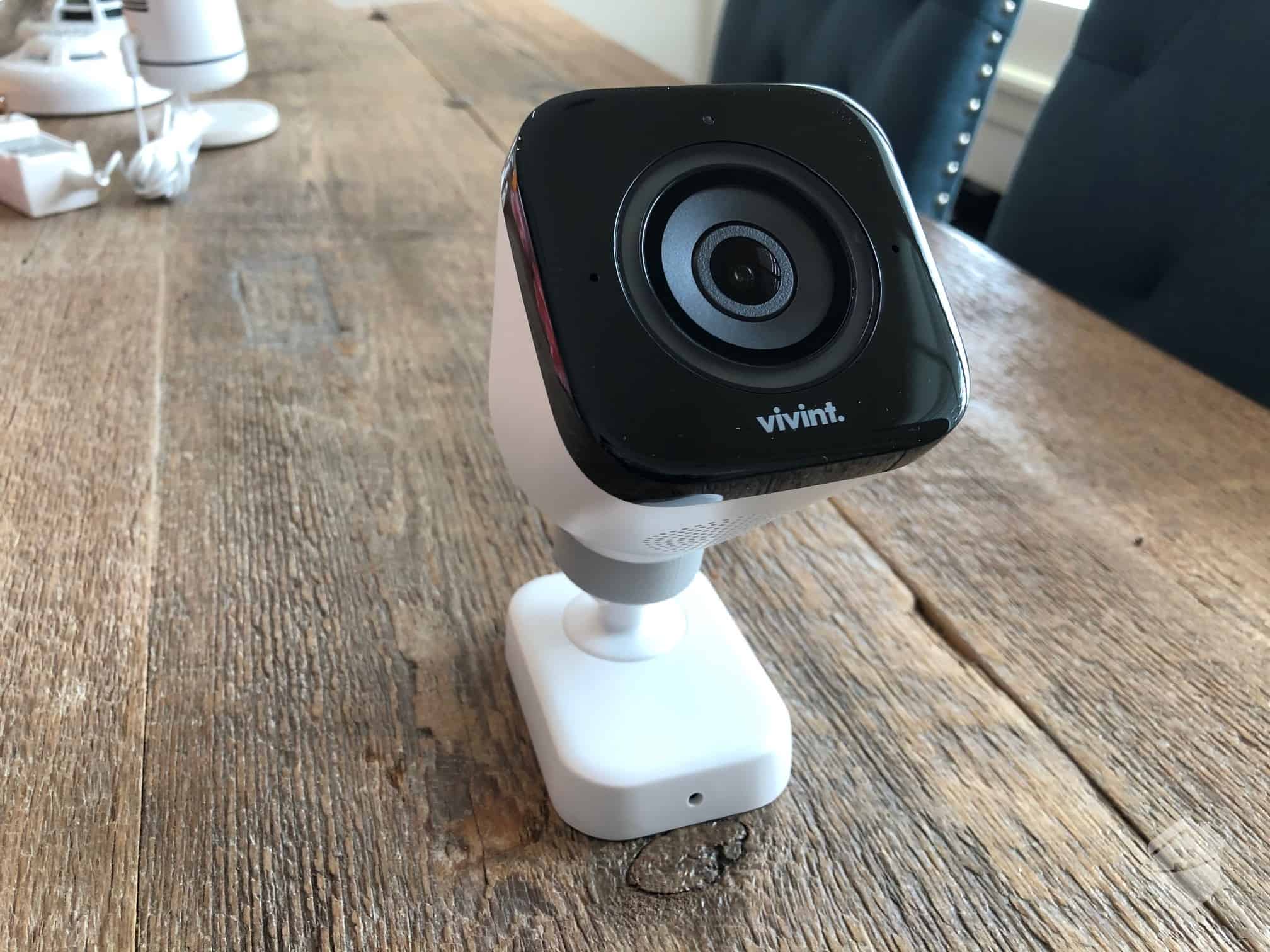 Did You Know: At first glance, you may think you’ve already found the perfect security system to fit your needs. However, there are three additional options that might be of interest to you if Vivint is on your mind.

SimpliSafe, Our Top Pick for a Vivint Alternative

The first heavyweight to go head-to-head with Vivint is SimpliSafe, an award-winning home security company offering simple and affordable home- security installations with lots of added perks. We recently got our hands on a SimpliSafe package and, after testing SimpliSafe over several days, were surprised at the number of shared similarities with Vivint. But, what exactly sets these two industry hotshots apart? Well, we’ve got some answers! 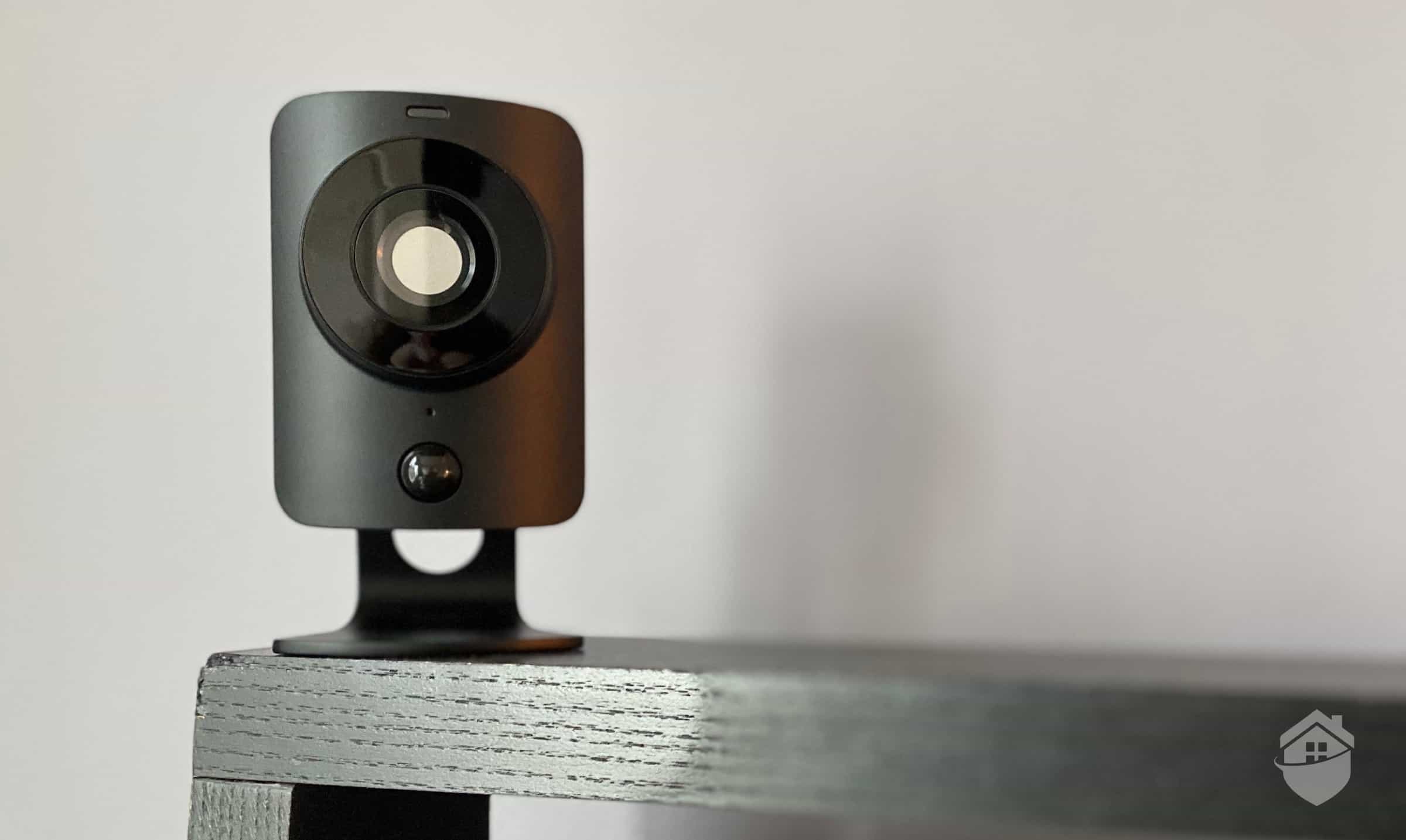 Similarities Between Vivint and SimpliSafe

When it comes to features and tech, SimpliSafe and Vivint are similar in a lot of ways. First off, they each offer 24/7 monitoring services, as well as access via an app on your mobile device. This makes monitoring and controlling your home security system a breeze.

They both also offer indoor and outdoor cameras that can be used in different locations in and around your home. Having cameras set up outside will ensure that the exterior of your abode can be monitored without the risk of your equipment being compromised. Motion sensors, available from each company, are great because they will alert you when motion or activity is detected either inside or outside.

Both companies also provide window and door sensors which will alert you when anyone or anything enters through your doors or windows (burglar, baseball, bear, you name it!). Depending upon the plan you purchase, both systems also have the capacity to alert the authorities automatically whenever a door or window sensor is tripped.

Differences Between Vivint and SimpliSafe

The first difference that you’ll likely notice between Vivint and SimpliSafe is that SimpliSafe allows for DIY installation, while Vivint requires professional installation. It’s also much easier to own your equipment outright with SimpliSafe, given that the SimpliSafe equipment cost will only set you back $200-$400 with SimpliSafe, as opposed to $600+ with Vivint. Also, SimpliSafe offers ultra-affordable 24/7 monitoring that starts at only $14.99 per month. Compare that to Vivint’s monitoring fees that range between $29-$59 per month. With this in mind, the biggest difference between Vivint and SimpliSafe is the price.

Finally, a major benefit of Vivint is that their products link and connect to Google Nest thermostats, allowing you to cool and heat your home efficiently with just the sound of your voice. An ideal setup for those frigid mornings when you can’t quite bring yourself to get out of bed to turn up the heat. Vivint also offers loads of smart home features, while SimpliSafe is pretty bare-bones when it comes to home automation capabilities.

While it’s clear that differences between the two companies do exist, we didn’t find any to be outright deal breakers for us and instead found both SimpliSafe and Vivint to offer some great qualities worth checking out.

Next up in our metaphorical battle of the ages, Vivint goes toe-to-toe with the widely recognized and acclaimed ADT, a home security icon who’s been in the game for over 140 years. You might be wondering how any company could possibly compare to such a long-standing company whose reputation precedes them. Well, although Vivint has only been in the industry for roughly 20 years (which is still impressive), they easily match up to ADT in terms of quality and features. Here’s what we uncovered after testing out each system firsthand. 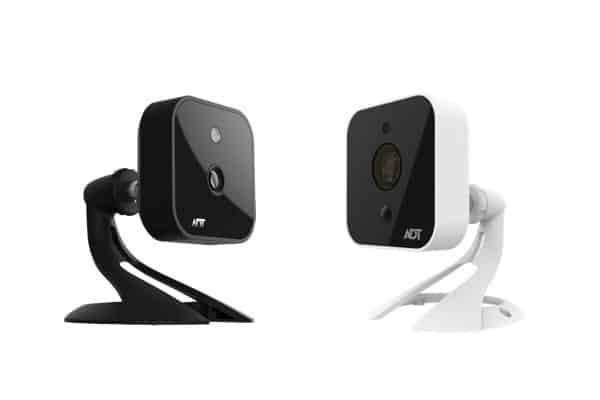 Similarities Between Vivint and ADT

You’ll be surprised to find out that ADT’s Pulse app and Vivint’s mobile app are neck-and-neck when it comes to features and remote monitoring capabilities. This means that home automation features can be easily accessed and controlled using your smartphone. We see this as a huge plus because it not only allows for home automation, but it also grants easy access from both home and remote locations.

FYI: To learn more about ADT, head on over to our comprehensive ADT review.

The camera quality of both systems is also exceptional, providing you with a crisp and clear image to better help you identify whether it’s your aunt, neighbor, a burglar, or Bigfoot stealthily approaching your front door. As an added bonus, ADT and Vivint cameras are easy to use and install (especially since professional installation is required with both companies!). You get to just sit back, relax, and watch them do all the heavy lifting.

Pro Tip: If you think that you’ll need to install cameras on the outside of your home, be sure to purchase outdoor cameras for those locations. Most indoor cameras are not rated to withstand outside elements.

Differences Between Vivint and ADT

While there are many similarities between ADT and Vivint systems, some major differences should also be considered. One of the more obvious disparities between the two is the cost. In writing our latest ADT pricing guide, we found that they charge between $28.99 and $59.99 per month, plus activation and installation fees that range between $99 and $199. They also require you to sign a 36-month contract. On the other hand, Vivint charges $600+ to purchase the equipment, or you can get on a monthly payment plan and pay around $50-$60 per month.

Another key difference we found has to do with ADT’s Pulse app. With Pulse, you’ll get Z-Wave wireless technology which allows your home’s Z-Wave smart devices to talk to each other. You’ll also receive text and email alerts, as well as the ability to access and control the system from your mobile device.

Frontpoint, Yet Another Vivint Alternative

Our final contender might be the youngest of the group, but can nevertheless still hold its own against these tough competitors. Just like with SimpliSafe and ADT, we tested and reviewed Frontpoint to better understand exactly how they compare when matched up against frontrunner Vivint. 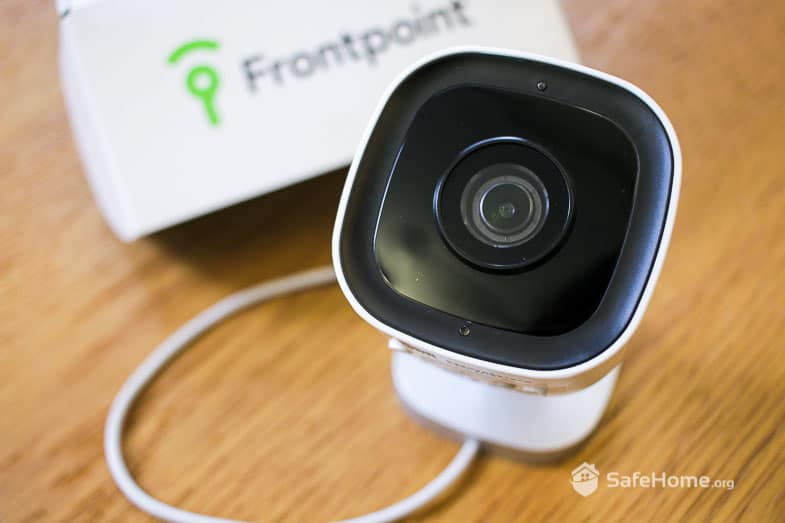 Similarities Between Vivint and Frontpoint

So, how do they pair up? To start, both Vivint and Frontpoint are widely known for their user-friendly apps that provide coverage nationwide.

Both brands also offer similarly-priced 24/7 monitoring (Frontpoint plans run either $44.99 or $49.99 monthly). And if you’re looking for lots of custom actions, then Frontpoint makes a wonderful Vivint alternative, as you can automate your home with custom actions until the cows come home. To learn more about that, check out our guide to smart home automation.

Did You Know: Using an online app allows you to access and monitor your home security system from anywhere in the country. You can also use mobile apps to arm your system, view livestream video of your security cameras, and control your home automation features.

Differences Between Vivint and Frontpoint

The first thing that sets these two home security systems apart is the ease of installation. Frontpoint allows for a quick and easy DIY installation while Vivint, on the other hand, requires their equipment to be professionally installed.

Pricing, unfortunately, can be difficult to compare due to the fact that both Vivint and Frontpoint have a lot of packages and options to choose from. Since Vivint requires professional installation, it can end up more costly. However, on a positive note, this means less work for you! Vivint systems can also be easily integrated with other systems such as Amazon Alexa or Google Assistant.

Finally, Frontpoint used to require a long-term contract to sign up, but that’s no longer the case. Vivint, on the other hand, does require a minimum 36-month contract. However, you’re able to purchase your equipment up front with Vivint, making it possible to buy your system outright without having to sign a contract. This could be particularly useful if a possible move is on the horizon.

Looking at all three of these alternative systems might be a little bit confusing or overwhelming at first, but by taking the time to evaluate your personal home security needs, you’ll better understand which system and company is right for you.

Top considerations to keep in mind are installation and monthly costs. While some companies offer simplified and affordable services, they may require large initial startup investments and professional installation of any or all equipment. Knowing your capabilities (and willingness) will aid in your decision to go with professional installment or instead seek other DIY options.

Hopefully, this comparison has helped you to better understand the three alternatives to Vivint’s home security systems and how to make the best choice. Taking a moment to really assess your living situation and budget will help you find the best security system for your exact needs.