Louisiana, New Mexico, and North Dakota have the most police officers per 1,000 residents. 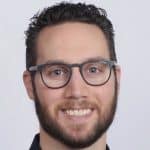 Local police budgets have become a political lightning rod in recent years. Following the murder of Black motorist George Floyd by white Minneapolis police officer Derek Chauvin, calls to “defund the police” rang out frequently in 2020. Protesters and activists wanted police spending to be reallocated to other line items on municipal budgets, but their demands were not heeded in most cities.

Though most municipalities did not cut their police budgets, departments across the U.S. have said they are undergoing serious staffing problems. Many are unable to attract enough recruits to fill the ranks at their departments.

We wanted to understand how police staffing has changed in the U.S. over the past decade and explore which states have the highest numbers of police officers — including patrol officers, detectives, and correctional officers — and why these numbers may vary across the country or over time. The methodology at the bottom of the page explains fully how we used data from the U.S. Department of Labor Statistics (BLS). Here are a few of our major findings:

What States Have the Most Police Officers?

According to BLS data, about 1.2 million Americans were working as police officers in 2021, a number that barely changed over the past decade. Between 2012 and 2021, the number of police in the U.S. dropped by just one percentage point.

Over that same period, the total number of Americans employed in any job rose by about eight percent, meaning police employment lags by a considerable degree. Additionally, the U.S. population increased by about 7 percent over the same time period.

On a population-adjusted basis, there are 3.5 police officers for every 1,000 Americans. This figure has also declined slightly over the past decade, dropping from 3.7 per 1,000 residents in 2012.

Just over half of the states have a higher population-adjusted rate of police employment than the U.S. as a whole. Excluding the District of Columbia, which is more like a city than a state, the highest population-adjusted rate of police employment is in Louisiana, with New Mexico close behind. These states have nearly five officers for every 1,000 residents. The lowest ratios are in Washington and Utah, where there are about two police officers for every 1,000 residents.

Though many factors influence crime rates and police employment, our analysis showed that states with higher violent crime rates tended to have more police officers per capita. This could suggest that some states are attempting to reduce crime by adding more police to their forces. For instance, New Mexico, Alaska, Louisiana and Arkansas had both high rates of violent crime and high rates of police compared to the number of residents.

Where Do Police Earn the Most Money?

According to the BLS, the average annual wage for police officers is $67,803, which is about $4,000 more than the overall average wage for American workers. And while everyone has been affected by inflation (especially recently), police wages have stagnated more than others.

Adjusting for inflation between 2012 and 2021, the average wage among all workers has increased nearly six percent. However, the average police officer’s wage has only risen about three percent in the same time period.

Some states with lower-than-average police wages had high rates of violent crime, such as Louisiana and Arkansas. Over time, a combination of low wages and difficult work environments could cause more officers to change careers.

What Influences Police Employment and Pay?

While some headlines have suggested that there’s a police staffing crisis on a national level, the reality is much murkier. Even amid the pandemic, which led many people to rethink their employment situation, local police departments lost fewer workers than the rest of the economy.

In some states, officers do enjoy competitive wages, but overtime payments aren’t typically included in the averages. These overtime payments can add thousands to officers’ paychecks and make the job more appealing.

A Bloomberg analysis found that in New York City, the police department regularly spends well beyond its budget due to overtime pay. Bloomberg found that the majority of NYPD officers worked about 375 overtime hours in fiscal year 2020 — the equivalent of just over seven hours per week. This added pay can easily bump a modest wage into six figures based on a standard overtime wage of time-and-a-half; an NYPD officer earning the state average wage for police of $86,580 would earn nearly $110,000 for those extra hours.

On the other hand, a Pew Research Center survey found that an overwhelming majority of police officers say their departments are short-staffed (86 percent). Officers working on too-small teams may feel burnt out or even fearful that there may not be backup when they need it. This dynamic could make it difficult for some departments to retain or hire officers.

We examined data from the U.S. Bureau of Labor Statistics for this report. Wanting to focus on sworn officers rather than others who might work in law enforcement, our analysis was limited to employment and wage data for police and sheriff’s patrol officers, detectives and criminal investigators, and correctional officers and jailers. We consulted data for the years 2021 and 2012 to inform our 10-year analysis. (Tables created by the BLS can be found here.)