The Price? Reasonable. The Protections? Powerful. The Jurisdiction? Swiss. 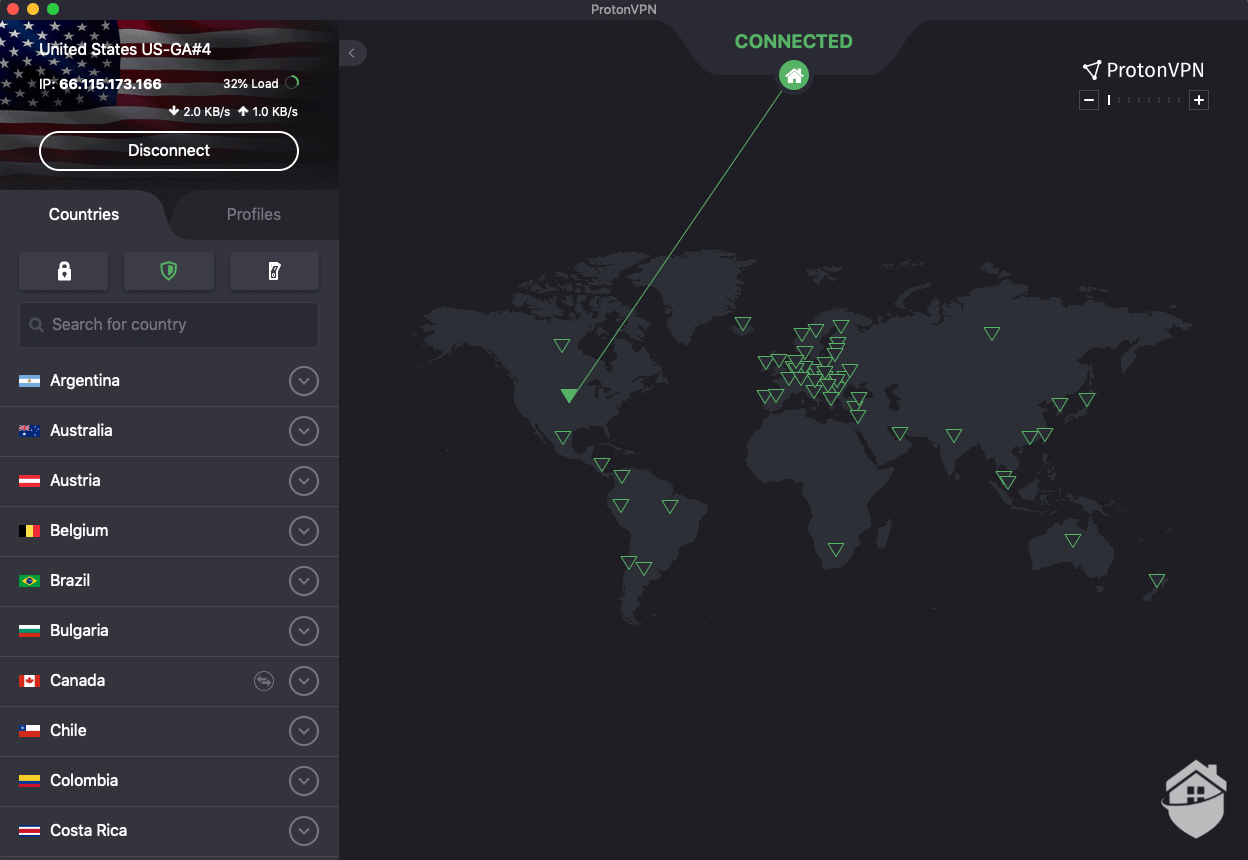 Editor's Update: ProtonVPN is currently running a promotion. If you sign up for two years, you’ll save 50-percent off the total cost of your subscription. Averaged out, you’ll get the best this service has to offer for only $5.99 per month.

The unsecured internet is a pretty dangerous place to be. Hackers and identity thieves abound, and government agencies and internet service providers are constantly snooping through your data and traffic to get an idea of what you’re up to. Wouldn’t it be great if you could block out bad actors and prying eyes?

With a virtual private network, you can.

Well, let me clarify. With certain VPNs you can. In the most simple terms, VPNs work by creating a secure, encrypted tunnel for your traffic through the internet, connecting your device to its destination. In theory, no one else will have access to this tunnel, so what you’re doing, where you’re going, what you’re watching, or who you’re talking to will be completely anonymous.

Did You Know: VPNs came into popularity in the ‘90s as a solution for remote workers to have access to files at their home offices.

That’s only true, though, of high-quality VPNs. Of course, there are free, open-source options out there, but most of them are glitchy at best, and non-functional at worst. You want to pick one that gives you solid protections for a reasonable price. ProtonVPN fits the bill in both regards. 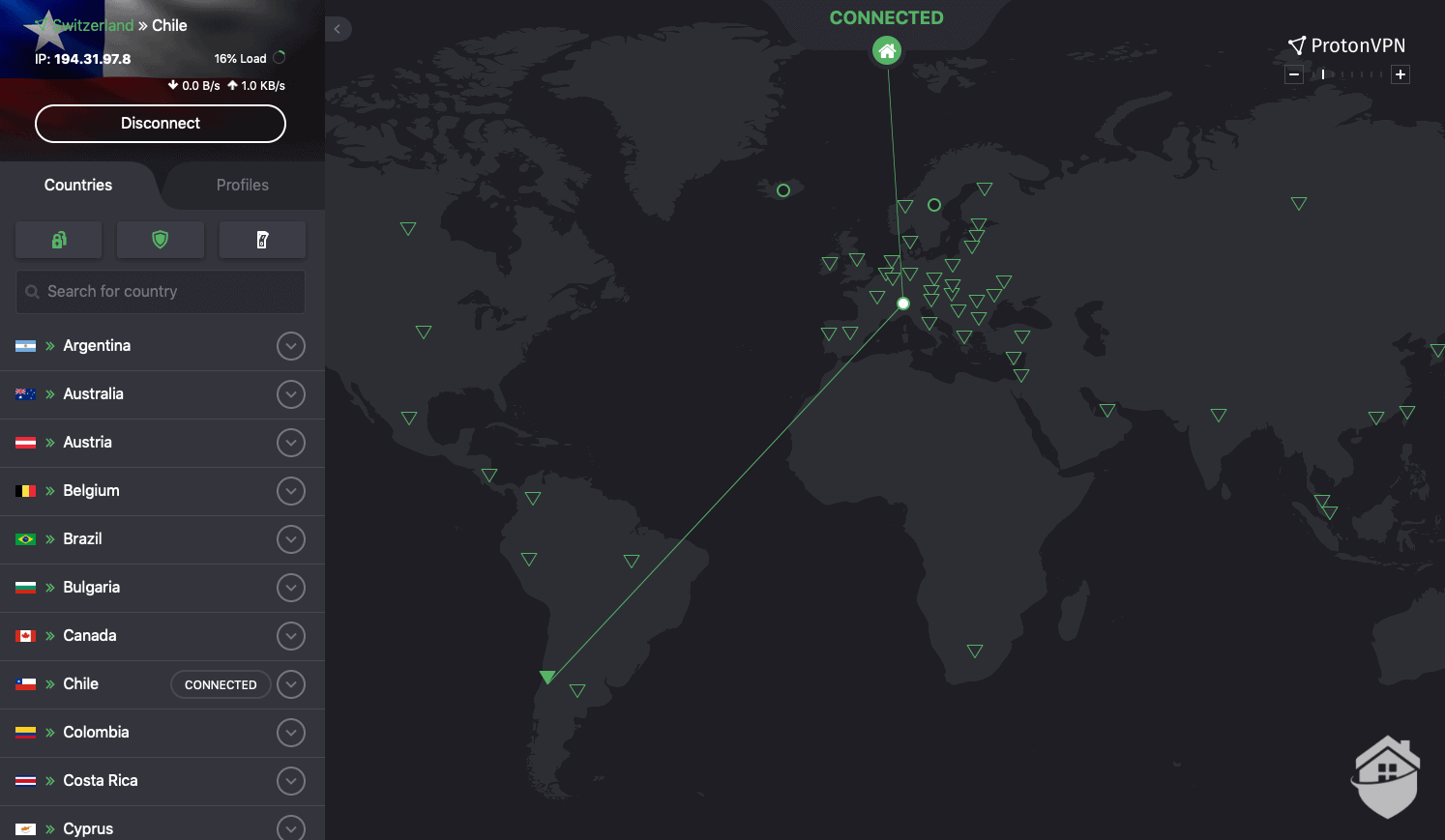 ProtonVPN has a feature list about a mile long, and they’re headquartered in Switzerland — meaning they aren’t beholden to any international compacts for data sharing. To get a complete understanding of what all of this means and how it all functions on a day-to-day basis, check out my review of ProtonVPN. But for now, here’s the short list of highlights:

This all sounds good, you say, but what’s it going to cost, you ask. Great question. Let’s break it down.

The good news is that Proton is one of those services that offers quite a few different services packages. If you look at our NordVPN price guide or ExpressVPN’s plans and pricing, you’ll find that the only determining factor in what you’re going to pay is the duration of your subscription. However, with Proton, you can pick and pay for the services you need and forget about the ones you don’t. It’s not à la carte, but it’s close.

As you can see, they’re one of the few paid services out there that actually offers an entry-level free option to give you a taste of the service. Most just offer money-back guarantees to get you in the door. In my estimation, this is a really good sign; it means Proton is so convinced you’ll enjoy using their pared-down free service that you’ll come back asking to pay for more.

So with that in mind, let’s take a closer look at the subscription tiers and explain what you are and aren’t getting with each.

ProtonVPN Subscription Packages At a Glance

Free: Obviously this is going to be the most basic version of ProtonVPN available. You’ll only be able to use one device, and that device will only be able to connect to three countries. You’ll get no bells and whistles, but you’ll definitely get a feel for Proton’s user interface and functionality.

Basic: The next step up offers significantly more. For $5 per month, two of your devices will be able to connect to all 55 of ProtonVPNs servers. While you won’t have access to some of Proton’s more advanced features like TOR-enabled servers or Secure Core — their take on multi-VPN functionality — you will get to use their torrenting optimizations and their ad-blocking feature.

FYI: TOR is an open-source software that allows you access to the internet using a particular method called Onion routing. Using TOR coupled with a VPN is one of the most secure ways the average person can access the internet.

Plus: Plus is the whole kit and kaboodle. For $10 per month, you’ll have access to everything: TOR servers, Secure Core, P2P optimizations, you name it. These advanced levels of protection are professional grade for consumer prices. This tier might be a little overkill if you just want to stream Canadian Netflix, but you’ll want it if you’re planning on torrenting from Beijing.

Visionary: Despite having the best name for a service tier I’ve ever seen, Proton’s Visionary package is essentially the Plus subscription, plus access to ProtonMail — the company’s encrypted email service. If you’re looking to add this tool to your VPN suite of protections, you’ll save about $5 per month by bundling the services.

ProtonVPN offers two methods of payment: traditional cards or PayPal. That might be a turnoff to some hard-core privacy enthusiasts who would prefer to pay with bitcoin or another cryptocurrency, but Proton does offer two-factor authentication to ensure your payment is secure. 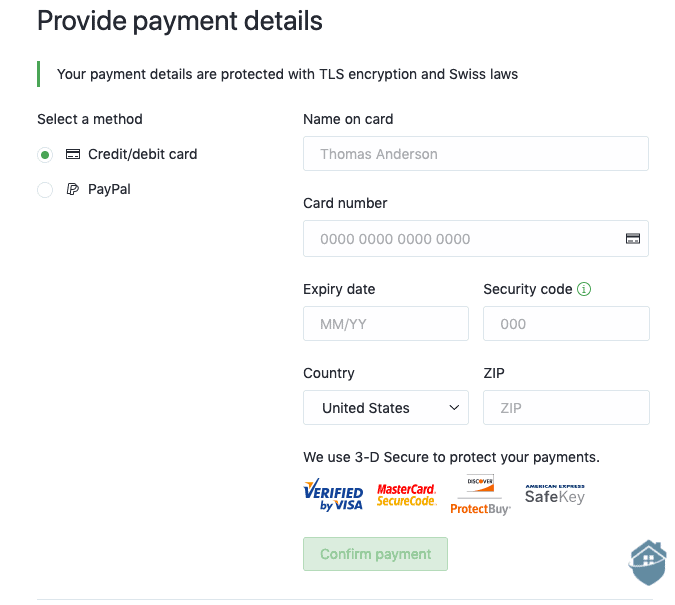 Also, for what it’s worth, the idea that cryptos were ever anonymous is a bit of an urban legend. Sure it’s more obfuscated than forking over your credit card information, and with the proper precautions in place it can be “pseudonymous”; however, unless you want to fly to Geneva and pay for your VPN in cash, there’s going to be some exposure.1

Regardless of the service being discussed, I’m often asked, “Which subscription package is the best?” That’s kind of an impossible question, and it can only start to be answered by asking another: “What are you going to be using it for?”

You never want to pay for more than you’ll use, and it’s really easy to do that in the tech world. Everyone wants the biggest and the baddest but if you’re not using the horsepower, why pay for all those horses?

FYI: As VPNs are becoming more mainstream, it seems like a new one comes to market every day. To help you better choose which one is right for you, we’ve compiled a list of our 10 favorite VPN services for 2023.

If you’re only looking for basic security while browsing the web and doing some online shopping, you’re likely going to be fine with the basic plan. Do you need additional layers of security for your job? Maybe Plus is right for you. Will your physical safety or the safety of someone else be in jeopardy if your work and communication are exposed to restrictive government regimes? Consider going with the VPN-plus access to encrypted email service of the Visionary tier.

My recommendation, however, is to start small and build up. Sign up for the free service. If you like it, bump things up to basic. If you feel like you need more oomph, spring for plus. That way you’re never paying for more than you need.

With that in mind, many services will offer special deals and discounts throughout the year. Black Friday and Cyber Monday are particularly good times to go bargain hunting. In fact, if you Google “ProtonVPN deals,” you’ll find a now-defunct page letting you know their Black Friday sale has closed. They’ve done it at least once, so you never know — they might do it again.

Usually, these deals come in the form of percentages off the asking price or longer durations for their subscription plans. Since Proton is a month-to-month service, though, expect the former.

That said, when you consider the potential costs of not securing yourself online, you really shouldn’t wait for a deal to come your way. Keep in mind, the average cost of an identity fraud event is in the thousands of dollars with examples exceeding millions.2 And what’s one of the leading causes of identity theft? You guessed it. Cybercrime.

That leads us to the final question: Is ProtonVPN worth it?

Overall, I’m going to say yes. When you look at each individual tier of service — their costs and their features — what you’re getting is well worth what you’re paying for. If you decide to go full strength and get the Visionary plan, $30 per month is a reasonable price for that suite of protections. If you want to start a little slower, though, the $5 basic plan is also well worth the cost.

Like I said, it’s a matter of deciding what you need and paying for those functions specifically. ProtonVPN makes it pretty easy to pick and choose, and there’s a service plan available for everyone from the casual internet user to the international intelligence agent.

When you consider the list of features against the price and compare it to competitors, yes, Proton is extremely affordable.

Proton offers a free version of their service, but to get the full suite of protections you’ll need to subscribe.

How much does ProtonVPN cost?

ProtonVPN’s paid service tiers range from $5 to $30 per month.

Can I stream media on ProtonVPN?

Can I torrent using ProtonVPN?