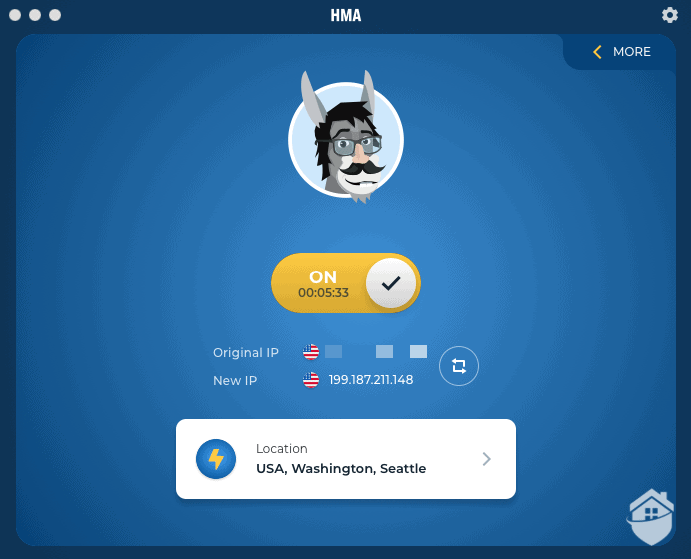 It’s getting increasingly important to protect yourself online. Threats are everywhere, from hackers and identity thieves to government agencies and mega-corporations — it seems like everyone wants to poke around where they shouldn’t be. That’s why more and more folks are looking to VPNs.

Did You Know: VPNs work by creating a secure “tunnel” between your computer and the site you want to access. Their use prevents bad actors from tracking down your physical location or getting their hands on your sensitive data.

As we mentioned in our review of HMA, the company started in 2005 by a student who wanted to bypass his school’s network restrictions on music and video games.1 That service has grown since then to be one of the largest VPNs on the planet, sprawling across 200 countries utilizing over 1,000 servers.

What does that mean for you? Privacy chiefly. True to their name, HMA VPN uses some pretty high-tech maneuvering to keep you safe online from prying eyes. Today, though, we’re here to talk about HMA plans and pricing. We’re going to share everything you need to know to get the best deal on HMA VPN, as well as discuss the overall value and pricing structure of this popular provider.

HMA VPN has a few options as far as subscriptions go, and they’re all based on how many devices you’d like to connect and how long your subscription will last. Here’s a quick breakdown:

There are essentially two tiers of service here — up to five simultaneous connections and up to 10. From there, the subscriptions are subdivided out by duration. Like most VPNs, the longer you sign up, the more money you’re going to save.

FYI: HMA offers a pretty significant student discount. If you’re currently enrolled, you can get 75-percent off a 36-month subscription.

As far as pricing goes, this is pretty reasonable. There are cheaper options out there like we found when we reviewed Surfshark VPN (for more info on them, check out our Surfshark pricing breakdown) but for the most part, the differences in pricing are pretty negligible.

One thing we did want to point out, though: there’s no month-to-month plan with HMA like we saw when we tested IPVanish VPN. With HMA, you can sign up for a free seven-day trial period for five connections, but once it’s up, you’re going to be charged for a full year of service.

Now we personally think seven days is plenty of time to make up your mind if a VPN is going to take care of all your needs, but we just wanted to make you aware before you get whacked with a $60 charge you weren’t expecting.

Which HMA Plan Is Best?

We understand why HMA has their plans structured like this, but we kind of wish they would offer unlimited connections like we found in our IPVanish pricing roundup. The five- or 10-devices delineation seems a little arbitrary, and we ended up paying for more capacity than we needed. For instance, if we connected everything we owned, it would only be two laptops, a phone, and a desktop computer. It’s nice to know we have extra capacity if we decide to get a tablet or something, but the fact remains we’re paying for something we’re not using. And what if we wanted to connect our partner’s devices? Even then we’re at six and paying for four unused slots.

That said, the costs are reasonable for what you’re getting, although you’re going to have to sign up for the long haul to get the really affordable prices. We recommend going with the seven-day trial to make sure you like the service — and we mean really like the service — and then signing up for the 36-month plan to achieve the maximum savings. If you’re connecting five devices and paying for the 36-month plan, that’s only $.60 per device. You’ve probably got more than that hiding in between your couch cushions.

Like we said, HMA is one of the most user-friendly VPNs we’ve encountered, but that user-friendliness is a bit of a double-edged sword. In HMA’s idiot-proofing, they’ve made it pretty difficult to customize the service for specific needs. For instance, there’s no way to change between protocols. Now, this might not be a huge deal to most folks, but for hardcore tech folks, this lack of versatility could easily be seen as a detriment.

With this in mind, it’s not like you’re going to be playing with slot cars while everyone else is driving a Lamborghini. HMA is still plenty powerful and has some great features where it really counts.

HMA offers a kill switch functionality, which is great news for the privacy hawks out there. A kill switch works by terminating your internet connection should the VPN service become interrupted, preventing your real IP address from becoming exposed. 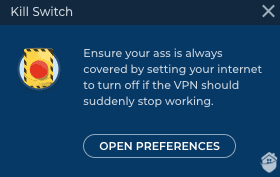 HMA’s IP shuffle functionality will randomize your virtual IP address at regularly defined intervals, making it that much harder for big brother to track down your location.

A lot of folks have started using VPNs to protect themselves while participating in P2P file-sharing or to get around geo-restrictions with certain streaming services. HMA offers dedicated, optimized servers for both streaming and file sharing. 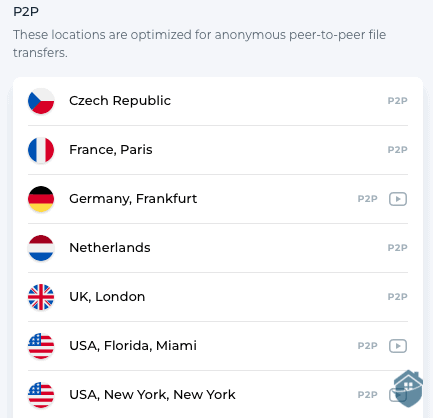 Want to protect yourself while gaming? HMA VPN has you covered. They’re one of a few VPNs built specifically with Xbox and PlayStation in mind.

HMA has recently stepped up their privacy in a major way by becoming a No-Log service, meaning they don’t keep track of your browsing habits or data. More good news for privacy hawks.

HMA doesn’t require a contract, per se, but if you’re paying for a longer-term subscription, it can certainly feel that way. As we said above, we recommend making sure you really like the service before you commit. There is no middle-of-the-road service option here, so you’re going to have to sign on for a year or more to fully realize the savings they’re offering.

FYI: Looking for another way to test out a VPN? Windscribe offers a free version. Even though it’s quite a bit stripped down, you can still get a feel for the VPN. Just keep in mind that you get what you pay for in the digital privacy world.

Like we previously mentioned, HMA does offer a seven-day free trial period. That’s great because there’s no short-term commitment option. You’re in it for the long haul. Some of those commitments, however, also come with a 30-day money-back guarantee, so if you become dissatisfied with the service before a month is up, you can still back out of the subscription.

While HMA’s prices are already pretty low, you can also typically find discounts and deals throughout the year — particularly around major retail days like Cyber Monday or Black Friday. Just something to keep in mind.

Like we said before, HMA is a great entry-level VPN. While VPN veterans might be frustrated by the lack of options, novice users will love their plug-and-play approach.

Everyone, though, can be excited about the price. While it’s a little disappointing there’s no month-to-month subscription option, they’re squarely in the “reasonable” category as far as VPNs. We would like to see a few more features included, but hey, they are what they are. A really great service for the not-so-tech-savvy.

How affordable is Hide My Ass VPN?

With the longest subscription durations, HMA costs $2.99 per month for five devices and $5.99 for 10 devices.

Does Hide My Ass VPN work on gaming systems?

Which protocols does Hide My Ass use?

HMA uses IKEv2 for macOS and iOS systems and OpenVPN protocol on Windows and Android.

Is Hide My Ass good for streaming and torrenting?

Is Hide My Ass worth it?

If you’re looking for a great entry-level VPN for a reasonable price, HMA might be right for you.