The COVID-19 pandemic has created tremendous changes to businesses, and data from 374 cities and municipalities shows distinct changes in crimes to physical business locations. We gathered incident reports on business crimes from January 5th through April 11th and classified them by type of crime.

Commercial crimes involving people, including robberies and assaults, declined on a weekly basis by 30 percent during the period of March 8th to April 11th (70 per week) compared to a weekly rate of 100 per week from January 5th to March 7th.

Shoplifting and theft crimes to business declined during the weeks of March 8th to April 11th by 25 percent to 342 per week from a weekly rate of 456 from January 5th to March 7th.

Crime patterns did not change noticeably by the time of day over the last month.

Nationally, overall crime rates decreased and burglaries have increased. However, there have been wide variations in crime rates by city. Some big cities are experiencing significantly higher rates of crime, primarily driven by burglaries. 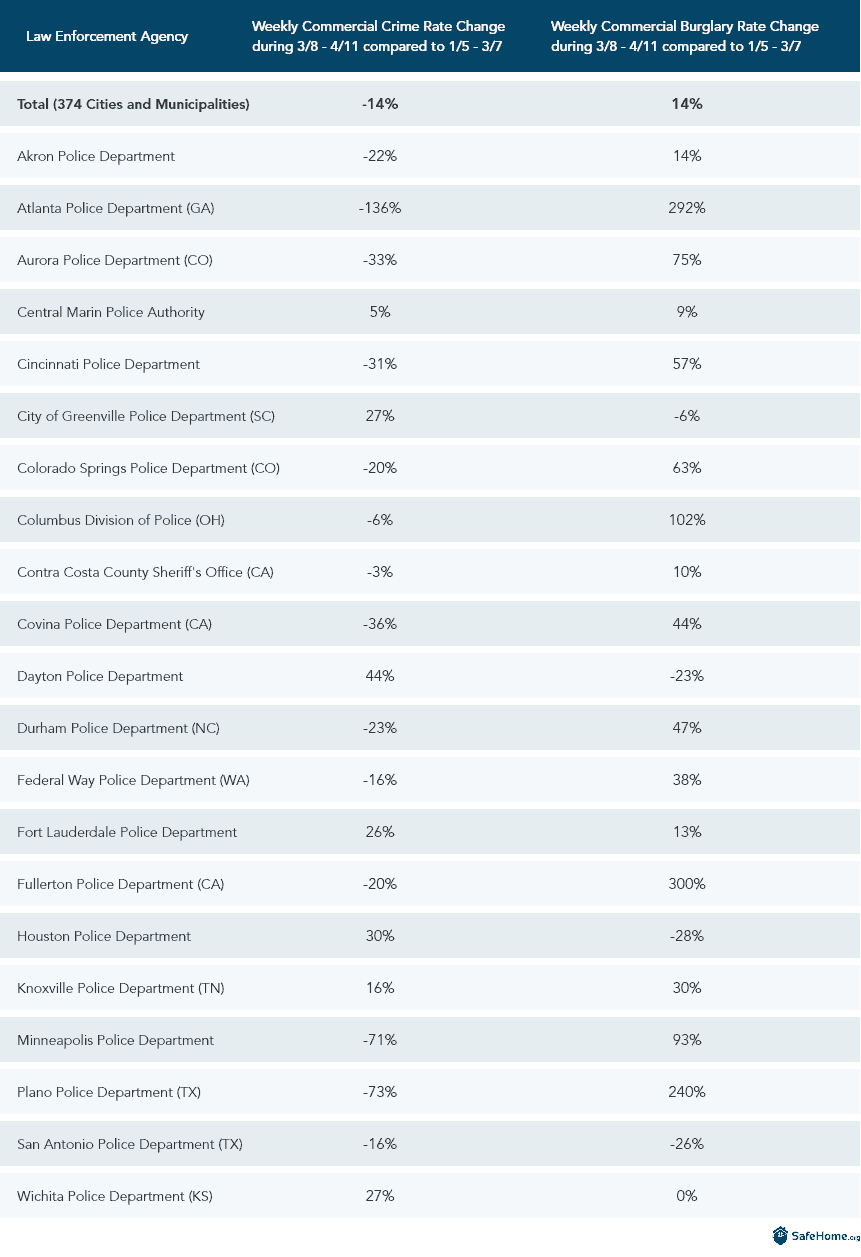 About SafeHome.org Research and our Data:

SafeHome.org’s independent research team explores home security, physical safety, and what it means to be safe in America. We cover broader societal trends that can threaten or improve our safety and participate in joint research with non-profit organizations and municipalities to keep Americans safe. SafeHome.org’s advisors are former law enforcement professionals and security consultants and provide valuable input into our research. Data from this report was collected from police departments through their public communications and from the Lexis Nexis Community Crime Map. Each law enforcement agency classifies incidents in a different manner, and SafeHome.org Research normalized and classified each crime. This study includes data from 374 law enforcement agencies from January 5th to April 11th. This report includes crimes in the following categories: homicides, sexual assaults, aggregated assaults, robberies and burglaries (commercial and residential), theft (including motor vehicle), and arson.