T-Mobile Data Breach: Your T-Mobile Account Has Been Hacked. Now What? 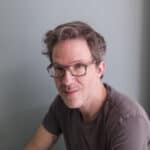