Yesterday, Google threw down the gauntlet against cybercrime with a pledge to invest $10 billion in cybersecurity. Most of Google’s efforts (and funds) will be poured into their fledgling Work Safer program. (Think Google Workplace with some military-grade security options.)

Google has even appointed its own task force to oversee the transformation, the Google Cybersecurity Action Team, or GCAT, which Silicon Valley-based CrowdStrike (endpoint protection) and Palo Alto Networks (network protection) will spearhead. 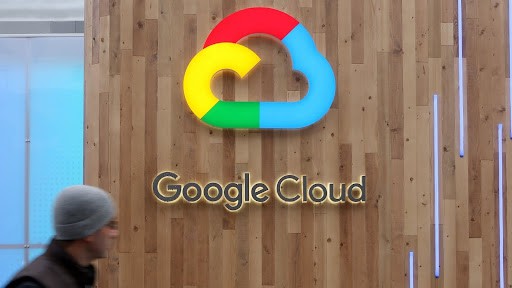 Google Cloud security will be powering the Work Safer program

Yes, It’s Time to Throw Out That Legacy Hardware

If you’ve been following cybersecurity news, 2021 has been a year of head-spinning online fraud, so it’s a welcome sign that Google has publicly entered the fray.

Google’s cyber task force will help these organizations transform from the equivalent of brick-and-mortar businesses into decentralized, mobile-first, cloud-based teams that can hold their own against the growing hordes of fraudsters banging at their gates.

So, good news, definitely. But just how Google is going to pull this off is still a little cloudy.

Google products will be powering the Work Safer cybersecurity “transformation.” Most of us are familiar with at least some of those products already. If you’ve ever emailed, chatted, or stored a file in the cloud with Google, you’ve technically benefited from Google’s cybersecurity.

According to CrowdStrike CEO George Kurtz, GCAT won’t just be supplying business owners with a suite of jacked-up apps, they’ll be on the ground with the troops delivering security strategies and seminars, drills, incident support, and rapid response engagements. GCAT, in short, means serious business.

It’s not clear at this point if Google’s headline-grabbing cybersecurity venture will actually have cybercriminals shaking in their boots. They may have competitors in the “collaboration hub” business worried, however.

Slack, a collaboration platform that’s been around since 2014, has 12 million daily users, some of them SMEs. Microsoft Teams has 75 million. Will Google, whose apps are great at some types of collaboration but fall way short at others, use its cybersecurity advantage to try and gobble up yet another juicy market?

Team Google may also run into some more serious roadblocks. While the Silicon Valley behemoth’s cyber policies are “zero trust,” how many SMEs will be trusting Google, whose parent company, Alphabet, raked in $147 billion last year both selling them ad space and buying it from them?1 Will the United States government become an official Google client?

What Can SMEs Do in the Meantime?

No doubt, if you’re a small-to-medium-sized business, you don’t want to wait for a phone call from Google to get your cybersecurity game up to speed. Ransomware attacks are real and they’re destroying businesses left, right, and center.

But that doesn’t mean you need to run out and invest in million-dollar tech solutions to keep your company safe. As cybersecurity insurance start-up Coalition recently pointed out, hackers will always be one step ahead of any tech we throw at them. Understanding your risk is just as important.

After all, 50 million Americans just had ringside seats to one of the most dramatic failures at cybersecurity preparedness in history. John Binns didn’t even have to bust his way into T-Mobile’s network to swipe a sixth of the nation’s Social Security numbers. He snuck in through an unprotected router.

What you can do, instead, is start with the basics. Make sure your company’s security policies are in line with basic digital hygiene. And Understand that there are ID theft solutions for businesses, as well as households.

Starting small is much better than hiding your head in the sand and hoping for the best. Because, judging from this year’s rash of nasty online scams, you’re going to need a lot of sand.