If you need mold professionally removed from your home, you'll want to know who to call. 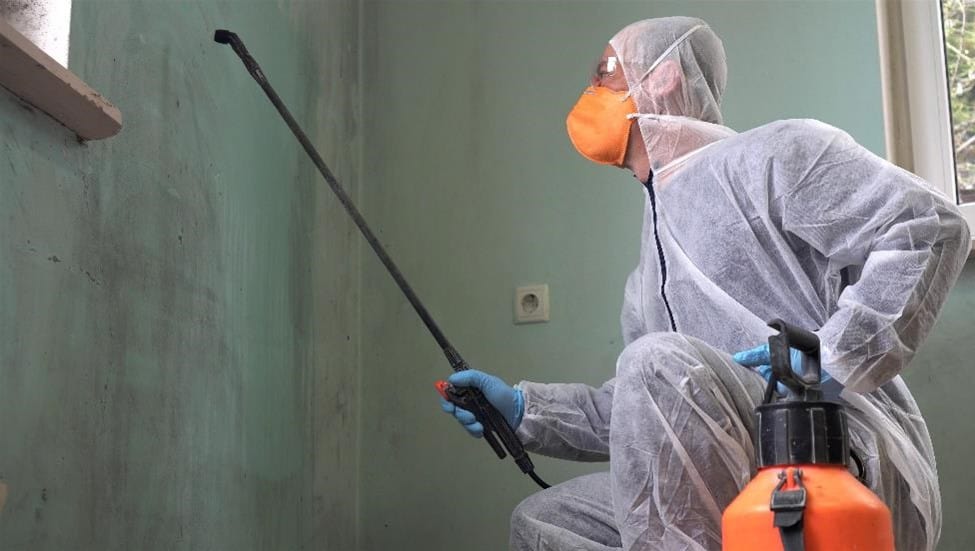 We feel for you. Your home has mold, and you want it gone. But how do you know if it’s a job you can handle yourself, or if you need to call in the experts?

To answer that question, we first need to better understand what we’re up against. Let’s start by taking a look at the dangers of mold.

Mold and Its Dangers: A Primer

Don’t get us wrong. Mold is a serious problem to have, and one that could potentially cause a lot of personal and financial problems. That said, small amounts of common household molds are to be expected, and unless you’re mold-sensitive or immunocompromised, it’s usually nothing to worry about.1 Simple household cleaners can take care of the issue.

Pro Tip: You may have heard of the extremely dangerous Stachybotrys chartarum, more commonly known as black mold. While studies are ongoing, the evidence shows it’s not particularly dangerous. At least, no more than other common molds, anyway. Check out our guide to mold allergies for more information.

Where you really run into trouble is when mold contaminations are extensive. What do we mean by extensive? Well, the EPA defines it as more than 10 square feet. Mold contamination of this size can be potentially hazardous to the health of those living in the home, particularly if they are at high risk.

So if your mold contamination is significant, you’re likely going to need to call in the professionals. But when you start looking into mold cleanup, you’re going to find quite a few terms that are being used. Let’s nail those down now.

There are a lot of terms in the mold removal world that seem related or interchangeable. Let’s define them now, so you know which service you need and what to expect.

FYI: Don’t count on your homeowners insurance to help if you have a significant contamination — most policies don’t cover damage caused by mold. More on that in our guide to mold insurance.

So now that you understand the differences between the services in this space, let’s talk about how you should select a mold remediation specialist.

If you’re dealing with a considerable mold problem, it’s understandable that you’d want to deal with it as quickly as possible. But Googling “mold remediation near me” and hiring the first result might not be the best approach. Instead, you should slow down and do some vetting.

Why is this important? Because there are no federal or state licensing requirements for mold remediation. What does that mean? It means that anyone with a work van, a spray bottle, a hazmat suit, and a business license can call themselves a mold remediation professional. Here’s a checklist you should work through before contracting any service:

If these questions have been answered to your satisfaction, it’s very likely that you’re dealing with a company that adheres to high standards of professionalism. With this in mind, though, there are plenty of red flags you should look out for.

While there are some great companies out there who take their work and their customer’s satisfaction very seriously, there are just as many that will leave you dissatisfied at best and sitting in a damp, moldy basement at worst.

While the inverse of what we said above can be counted as red flags — If they don’t have any certifications, if they can’t give you recommendations, if they’re cagey about their warranty or insurance — there are a few other indications that you might not be dealing with the most reputable company. Here’s what to watch out for:

There might be other moments that occur that give you pause, so listen to your gut. If something doesn’t seem right, ask questions. A reputable company will have no problem explaining everything to you. If they can’t answer you directly or if they won’t give you the details you’re looking for, you should probably move on to one that will.

As we’ve mentioned, we understand that when you’ve got a mold problem, you want it dealt with as quickly as possible. But response time is just one factor in selecting a mold remediation company that’s worth its salt. There are numerous other factors at play to ensure you’re getting the best service for your money, and one that will get the job done effectively and successfully.

And finally, if you want to know more about this topic before you make your ultimate decision, check out our exhaustive guide on everything there is to know about household mold. After reading that, the professionals might be asking you questions.

Most common household molds do not present a threat to healthy adults; however, if that person is sensitive, immunocompromised, or the mold is present in large enough quantities, it could be dangerous.

Can I clean mold myself?

Most minor mold contamination can be cleaned by homeowners using commercial or natural products. Just make sure precautions are taken to prevent unnecessary exposure.

How do I know if I need mold remediation?

Depending on the extent of the contamination, mold remediation can get quite pricey. Generally speaking, though, expect to pay between $10 to $30 per square foot. Entire home remediations might cost upwards of $30,000.

How long does mold remediation take?

If your mold contamination is relatively minor, remediation might take a day or two. If the outbreak is more significant, it could take a week or more to fully deal with the problem.