You’ve prowler-proofed your home with a top-rated home security system. You’e got a homeowners policy in your back pocket to get back on your feet if things go south. You get it — home insurance is home security. But the IRS still isn’t going to cut you any slack for your safe home. (Your insurance company definitely will, but that’s a different story.)

However, you still may be able to recover a chunk of your hard-earned income from Uncle Sam. We’re going to give you a few tips for doing just that. Just remember — we’re home insurance researchers and analysts, not accountants. Before you bank your next Caribbean getaway on tax rebates from your home office (yep, that’s one of the niftier tax deductions we’re going to explore), check with your accountant first.

With that out of the way, if you tick off any of the following five boxes, you may be eligible for some kind of tax deduction from the federal government.

Tax Tip: Have you added ramps or railings to your home for medical reasons? You’re in luck. They’re tax deductible.1

Office deductions are great news for anyone who runs a business out of their home. “Runs a business” is key, because you technically don’t even need a separate office to qualify for certain tax deductions on your homeowners premium. You could be selling T-shirts out of your apartment and qualify for a tax break, for instance.

But say you’ve got a bona fide office (it could be a storefront, a garage, or a room in your house) and you want to collect your tax credit. Just figure out how much of your home your office takes. (Have your premium handy, too.) If your office is 15 percent of your home, for example, and your home insurance policy costs $1,200 monthly, you’d put down $180 (that’s $1200 x .15) as a deductible business expense. Simple and really not too shabby. 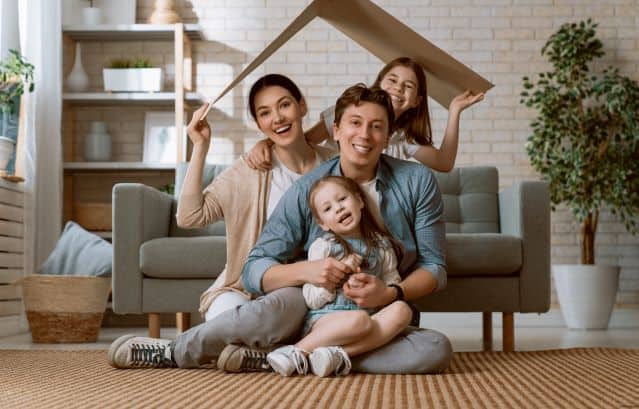 Just don’t plan on running a brewpub out of your garage and expect to reap the rewards of a HO-3 policy deduction. Larger commercial enterprises are another kettle of fish and might require a special add-on (endorsement or rider in the lingo) for commercial businesses. How can you tell which category you fall under? Check out the latest edition of our home insurance buyer’s guide for some tips.

Did You Know: You’re entitled to deduct any personal property you pay local or state taxes on yearly from your federal income tax. This could be your car, furniture in a rental property, or business equipment. The cap on personal property tax deductions is $10,000 (or $5,000 if you’re married and filing separately).2

Renting out property can be a lucrative side hustle, but it also comes with plenty of obligations and lots of risk. So it’s nice to see landlords getting a little TLC from the federal government in the form of tax write-offs. How do those deductions work? It’s pretty straightforward.

If you’re renting out part of your home — a basement or a carriage house, say — just figure out what percentage of your home your rental occupies. (Check out our office example up top to see how that works.) You’re entitled to deduct that amount from your taxable income.

But maybe your rental property isn’t part of your primary residence. If so, you’ll likely have some form of landlord insurance. That means you can claim your entire premium, and protect your property and personal assets while you’re at it.

FYI: Ponzi schemes (named after Charles Ponzi, the godfather of modern consumer financial fraud) vacuumed up over $3 billion of U.S. taxpayer money in 2020 alone.3 If you’ve been a victim, you may be eligible for a federal tax break.4

Extreme weather is daily news.5It won’t be getting better any time soon — especially if you live in high-risk states like California, Florida, or Texas.

Fortunately, federal disaster write-offs are the least thorny claims to file with the IRS. Just remember, you’re not writing off the total amount of damage sustained. You’re asking for a tax break on any property loss that you paid out of pocket because your insurance provider didn’t cover it. (It’s not because your insurer is being slippery. Every home insurance policy has a cap.)

Did You Know: Living in high-risk states isn’t all gloom and doom. There are reasonable home insurance options for California residents. You’ve just got to dig. The same goes for Texas homeowners who suffer federal disasters and HO-3 policyholders in Florida.) 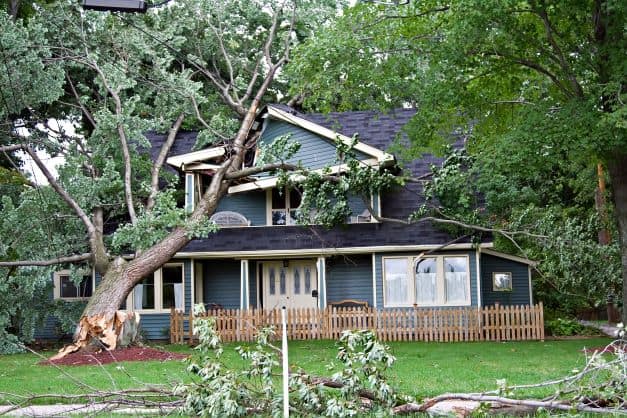 Tax Tip: To calculate your AGI, you take your gross income and subtract any deductions the IRS recognizes — 401(k) contributions, mortgage interest payments, and educational expenses, to name three.

It’s technically possible for you to claim tax deductions for lost or stolen personal property that doesn’t involve a federally declared disaster, which is why I’m including it in our list. However, lawyers who have represented clients who attempt to claim those deductions in U.S. Tax Court say it’s tricky — especially for theft. That’s because a house leveled by a hurricane that was front-page news is pretty much an open-and-shut case. Theft can get murkier.

Is it worth your time? That’s difficult to say. Will it consume your time and money? Definitely.

If you do move forward with a casualty or theft loss claim, you’ll be claiming the difference between what your HO-3 policy covers and what you paid out of pocket, just like we saw with federal disasters. The difference here is that you’ll have to subtract that 10 percent of your AGI from the deduction you’re claiming, along with $100 extra per event. And this time around, you’ll need to itemize.

To make this real, here’s an example.

If Ned can prove in court that the fire was a sudden accident that he didn’t cause through negligence (this can be very difficult), he can expect a write-off of $1,700. He will probably have to appear in Tax Court (like Judge Judy but filled with accountants) to present his case.

FYI: Valuables coverage used to be about coins, furs, and jewels. But times have changed. These days we’ve got bikes, devices, cameras (and vintage pinball machines) we want to protect. Check out Lemonade’s homeowners plans (with updated valuables coverage) if you’re looking for a better fit for your 21st century lifestyle.

If you’re not familiar with mortgage insurance, this tax break probably won’t apply to you. Mortgage insurance is the extra insurance that homeowners are sometimes required to pay to cover lenders if they’re unable to make a 20 percent down payment on their homes.

Typically, these loans happen through the Federal Housing Administration (FHA), the United States Department of Agriculture (USDA), or the Department of Veterans’ Affairs (VA). As you would imagine, the fact that you have to take out mortgage insurance also means higher monthly loan payments. So it’s not great. Hence, the tax relief. For more information, visit the Consumer Financial Protection Bureau.6

Did You Know: If you took out mortgage insurance on a home you bought before December 15, 2017, you can deduct the interest you paid on your mortgage insurance premium (for any loan under $750,000) from your federal tax. Before 2017, that cap could be even higher. When it’s tax time, just claim the interest as an itemized deduction and you should be good to go.

Tax credits for home insurance premiums don’t grow on trees. You have to look pretty hard to find them, but they do exist, and they can save you real money, especially if you’ve got a home business or rental property.

Of course, there’s another way to benefit from your HO-3 policy. Always start with a plan that’s exceptional value for money! That will save you big money, too — year in and year out — and you won’t need to claim it from the IRS.

As far as value for money goes, we’ve got a bunch of solid recommendations for bargain homeowners policies. But we’ve also analyzed the best all-around home insurance providers on the market today — Lemonade, State Farm, and Nationwide, to throw three top names at you. (Bookmark State Farm insurance if you’re game for bundling your home and auto policies; it’s one of the best ways to save.)

Whatever route you take toward saving, just remember, before you make any serious decisions involving federal tax laws you’re not 100 percent sure about, check with an accountant first. This article is for informational purposes only. We do not provide tax advice.

Can I deduct my home insurance premium from my federal tax?

You can’t deduct your premium, but you can claim deductions on certain types of covered perils.

If I work from home, can I deduct office expenses?

You can do more than that. You can actually deduct a portion of your premium. (Check out “Home Insurance Deductions for Home Offices” above for a full discussion.)

That’s your Adjusted Gross Income, an important amount to have handy if you’re claiming a deduction from a casualty or theft loss.

How do I calculate AGI?

You take your gross income and subtract “above-the-line” deductions for things like job or educational expenses, pension payments, and health care contributions.

What kinds of accidents are tax deductible?

Basically, any covered peril (storms, fires, and theft are the biggies) can potentially result in a tax credit, as long as it’s an accident. However, proving accidents to the IRS can be tricky.

That may be a funny way of putting it, but, yes, they are. If your property was destroyed in a federal disaster, under certain conditions you can recoup money you paid out of pocket to cover repairs.